Critical review and arts journalism is a fundamental part of a thriving arts ecosystem. With the demise of this journalism in South Australia, The Australian Reviewers and Critics Fund has been established to fund a professional and comprehensive program of reviewing all artistic and cultural activity in South Australia. To achieve this it will pay professional, experienced critics to produce this quality journalism and publish it through credible media partners, including a new section of InDaily called InReview. This journalism will be funded by philanthropy rather than the traditional media advertising business model, to ensure editorial independence and freedom for critics to review without fear or favour.

The loss of news titles and local journalists has hit arts and cultural coverage particularly hard.

InReview seeks to fill this growing void – worsened in SA by the recent closure of long-running masthead The Adelaide Review and reduced local resourcing by mainstream newspapers and the ABC – by developing a community and philanthropy-funded project to support professional, rigorous and broad arts and cultural journalism and commentary.

We are asking the community to fund this important journalism.

This is a new funding model for arts journalism and will be rolled out around the country in future years depending on the success of the prototype in South Australia.

InReview will operate in conjunction with InDaily and other accredited media to create a dedicated online microsite for this coverage – produced by a diverse team of contributors, including established critics and journalists as well as new voices, supported by experienced in-house editors – and disseminate it to a broad audience through our proven networks, including our growing online readership (free subscription), our partner news organisations that have a national presence, and via print products CityMag (free street press) and SALIFE (monthly print magazine).

The funding will pay for five reviews or pieces of journalism each week – covering all art and cultural activity in SA – both established and emerging.

Included in the project will be a paid mentoring program to train the next generation of emerging critics and reviewers – who otherwise have no training vehicle or publishing pathway . 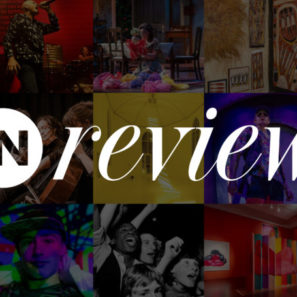 The Australian Reviewers and Critics Fund is new journalism initiative by a collective of journalists to help fund the production of quality reviews and commentary for the Australian arts and cultural sector.

It will be initially piloting In South Australia – where critical cultural journalism is virtually non-exist. The project will cover all art forms, design and cultural pursuits by paid critics/reviewers and be available for publication in accredited media outlets. It will also include a mentoring program in conjunction with The Helpmann Academy to help train the next generation of local arts reviewers.

un Projects publishes work that is bold and unafraid. It occupies a unique space in the independent Australian arts community by linking discourse and dialogue across people, galleries and artforms.