For the past two years, Heart of Gold International Short Film Festival has offered a competition for high school students to encourage the next generation of filmmakers. We are raising money to help promote and fund the activities of this project. Our festival has been running for 12 years and it is all about making films that are transformative – films that are uplifting thought-provoking and films that can influence people in a positive way.

Students will need to submit their film to the festival by 7 September 2019 so we would need funds by June 30 to be effective in our campaign.

Research shows the need for students to be actively engaged in the arts for their mental health. The evidence is compelling – that the social connections we form as an individual and community level, have a positive impact on health and well being.

The Young Filmmaker Comp is free to enter and open to students attending any Australian school from year 7 to 12.

Films selected as finalists will be shared on Heart of Gold Short Film Festival’s social media, giving an opportunity for Young Filmmakers to reach a global audience and be voted for in our People’s Choice award.

Finalists will be screened on Sunday 6 October as part of the Heart of Gold Short Film Festival in Gympie and Young Filmmakers will have the opportunity to attend the festival, masterclasses, and awards ceremony as guests.

Three awards are on offer – our regional and national Young Filmmaker awards and People’s Choice.

Creating a film is a process that many students are able to engage in across all levels of ability; it is exciting and gives students a voice.

The funds will be used to:

•Support shortlisted students to attend the masterclasses, and festival.

•Provide a prize for the competition 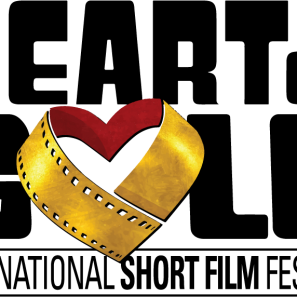 The regional town of Gympie comes alive with film lovers from far and wide to celebrate short films that are uplifting, heart-warming and inspirational during Queensland’s biggest short film festival, the Heart of Gold International Short Film Festival during the first weekend every October. Our mission is to inspire and connect through short film to celebrate the richness of the human spirit.

Heart of Gold programs carefully-crafted short films from around the world that deeply resonate with the viewer. The four-day program includes up to 30 sessions of shorts from all genres that best capture Heart of Gold’s vision to screen films that are heart-warming, thought-provoking and entertaining. Our films can be edgy, they can be ground-breaking, and they can be downright hilarious – as long as they beat with a good, strong heart.

Selected shorts compete for a range of jury awards, which this year include but are not limited to: Best Short Film, Best Australian Short Film, Best Student Short Film and the Gympie Gold Award, with prizes that range from $500 to $5000 in value. Since 2006 the Heart of Gold International Short Film Festival has become renowned for its high-quality international program.