We are a team of passionate filmmakers eager to tell a story about diversity and cultural significance in Australia. Spearheaded by Selina Zhang张予柔 (Director) & Matilda Dorman (Writer).

Based off a true historical event, “What We’re Owed” （当局者迷）is a twelve minute period drama that provides a unique perspective to the judicial system set from the eyes of a female Chinese miner in early 1800’s Australia. It is a story which encapsulates grim reality institutionalised power and the fate of those who stand against it. It explores the basis of human nature versus the irresistible desire of wealth and riches.

The project will commence production on the 24th of July 2019.

We want to share the good stories that have influenced us and have an impact on our audiences. This film reflects an issue that is pertinent even in today’s society, such as the equality on gender and race.

As a nation of immigrants, cultural diversity is one of the characteristics of Australia. Multiculturalism forms a significant part of our team dynamics. In order to tell the story from an objective point of view and deliver a historical film that as realistic to history as possible we have formed a diversity creative team with both Australian and non-Australian cast and crew. Because of our different cultural backgrounds, we bring together both Australian and Chinese perspectives to this story.

The budget will be used for the location fee, film equipment, cast and crew, production design and renting of costumes, make-up, catering, transportation, etc, in order to create an authentic historical film. 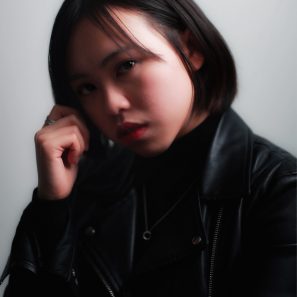 Yurou (Selina) Zhang is an international student from China who is finishing a Bachelor of Fine Arts in Film and Television at VCA (Victoria College of the Arts) at the University of Melbourne. Yurou forms her unique visual style of storytelling in filmmaking through her background in photography and graphic design.

Yurou has written, directed and been involved in making several independent short films, web series and low-budget feature films during her time in the VCA. Most of her films explore the positive side of diverse cultural backgrounds and potential barriers to social inclusion. While working primarily in Melbourne, Yurou will be working on an international film collaboration between Australia and China in the future.