The Australian Women’s Land Army (AWLA) is the chapter in our Nation’s history that details the moment the sheila made her public debut. The industrial demands of the forties required women to keep the cogs of the war machine turning by filling the labour gap left by conscription. Female participation in the agricultural sector was a necessity if Australia was to survive the war.

From its inception as several state-based volunteer efforts, to its eventual formalisation under a Federal scheme, the AWLA unknowingly evolved into what would become one of Australia’s first mass feminist movements. Neither welcomed nor permitted to leave, the unofficial fourth Australian women’s auxiliary service re-calibrated social perceptions on gender identity. Recruited as soldiers, treated like slaves and disbanded like nobodies, the AWLA ‘Land Girls’ are our Nation’s forgotten heroes.

This is the story of their service.

WHO: the Australian Women’s Land Army

WHAT: a chronological narrative that explores Australian ideology in relation to gender politics as it applied to the AWLA circa 1940s.

HOW: a 90-minute mixed media documentary (think traditional doco style meets Monty Python) that takes the viewer on a journey through the establishment of ad hoc volunteer groups, through to the formalisation of the AWLA and ending with the ramshackle disbandment of thousands of women with no military benefits.

WHY: because this is the forgotten chapter in Australia’s history that needs to be told.

We don’t want the Land Girls and their legacy to be lost to the rhetoric that currently tells our Nation’s tales.

We need your help telling this story!

We are a group of both established and ‘grassroot’ creatives. A big focus of our production strategy is to pair grassroot creatives with industry professionals. We want to be able to do this by honouring the time and talent of creatives entering the industry. This means paying them a fair rate and not expecting them to work for pittance or for free.

Unlike the conditions meted out to the Land Girls, this documentary will be a platform for honesty, integrity and respect for all those involved in its production.

This round of funding will help us move towards putting together a package to secure production investment. 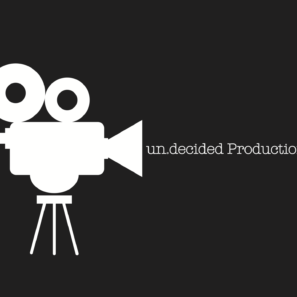 Rebecca is an emerging screenwriter. ‘Warflowers’ will be her first major project in film and television production. In addition to a passion for screenwriting, Rebecca is a qualified lawyer with a career that spans over a decade. She currently works as the Coroner’s solicitor.

Rebecca holds a Bachelor of Arts (Creative Writing), Bachelor of Laws, Graduate Diploma in Legal Practice, Masters of Middle Eastern and Central Asian Studies and a Diploma in Animation. She has also been a member of the Royal Australian Airforce Reserves and is a keen military historian.

Gavin is a Freelance Video Content Producer who has worked in the Film & Television industry for 23 years. Gavin worked for Granada Television and Manchester United TV before becoming a freelance editor.

In 2006, Gavin co-founded Sirocco Post, a post-production facility based in Wellington, New Zealand. Over the next six years, Gavin worked on a significant volume of work for broadcast television and film.

Gavin has worked on several documentary films and short narrative films since arriving in Australia. Primarily, he has worked as a Video Content Producer in the commercial/corporate field. In 2017 Gavin co-produced/directed the short documentary film ‘Made by Hand’.