Produced by Taymaynari Productions and Midnight Mindset Studios; ‘Wanda & Sully’ marks the first narrative web series endeavour for both companies, having produced successful short films (‘Blue.’, ‘Everyone is a Robot’, ‘Grayscale’ etc) and feature films (‘Jett’, ‘How Deep is the Ocean’, The Green Woman’) in the past.
Our highly enthusiastic and professional team are excited to bring ‘Wanda and Sully’ to life, a mix of eccentric characters, crazy situations, and high school life, that blends genres and defies expectations. Inspired by such shows as ‘Community’ and ‘The Simpsons’, Our goal is to balance an engaging narrative with absurdist comedy in order to truthfully capture the dark reality of late capitalism under the rule of social media giants.

Why start a crowdfunding campaign? Filmmaking, as many would agree, is a very time and fund consuming passion but the destination is well worth the journey. After Melbourne’s long lockdown that stopped the film industry dead in its tracks, we are thrilled to be one of the first few productions back in action and we aim to help kickstart this industry again by giving our committed cast and crew the pay and treatment that they deserve.

At this stage, our production team has amazingly self-funded $36k allowing up to go full steam ahead into production. Though even this budget is tight! Extra funds raised will go straight towards our postproduction team (Editors, colourists, animators, composers) in order to deliver the best possible end result the project can have! For this to happen, we are aiming to raise a minimum of $3000. 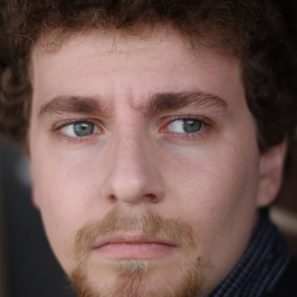 Scott Day is an independent filmmaker. He has been working in the industry since 2014 on various small scale student projects, but recently came into his own with his animated sci-fi/comedy short film ‘Everyone’s a Robot’. Now he plans to expand into long-form projects with ‘Wanda & Sully’ based on a script he wrote in 2018 with friend Joshua Marchant.

Scott cannot remember when his passion for film started. For as long as he can remember, he has been obsessed with the silver screen and television. Scott studied filmmaking briefly in 2014 at Swinburne University of Technology before moving on to his own projects, releasing ‘Everyone’s a Robot’ online in 2019 and screening it at Acetravaganza in 2020, a night of performances and media celebrating asexuality in all its forms. It received a standing ovation.

Scott aims to continue his film projects with ‘Wanda & Sully’.