“Three times he’ll prove his love for her. The third time will kill him.”

Triumviratus paints a deeply personal love triangle against an epic fantasy backdrop, and will appeal to readers of fantasy who appreciate strong character drama driving a high-stakes story.

We’re hoping to help raise funds for an offset print run of 1,000 copies of the deluxe hardcover edition of Triumviratus, and get this book into as many hands as possible.

Triumviratus will open for pre-orders in a big launch event on Kickstarter in July, and will be going to the printers in August. Tentative delivery date for the books is in December 2018.

Triumviratus tells an epic fantasy tale about a love triangle with the world at stake. But subtextually, the story will be telling much more personal, and widely relatable tales of low self-esteem and the devastating tension between duty and desire (often described in modern parlance as the work-life balance). Each of the three main characters explores these issues in different ways, with their arcs representing a particular facet of the tension (the exile Damian, for example, represents the tension between romantic love and the pursuit of personal dreams).

People often turn to fiction to process the turmoil of their own lives, but those deeper meanings are so fleeting in most accessible fiction, particularly in the local comics scene. Triumviratus is a book that offers a cathartic experience for anyone who feels they’re ‘serving two masters’ in their life, and is an important addition to the Australian comics canon.

All donations will be used to offset the cost of the Triumviratus print run. Indicative quotes tentatively put the overall cost of this print run at between $13,000 – $15,000. We are seeking to raise $2000 towards the cost of the print run, which will reduce the burden upon the remaining fundraising and crowdfunding endeavours we are planning for the remainder of 2018.

At the end of it all, we’ll have 1,000 copies of a huge and lushly rendered graphic novel with a meaningful character-driven story. And you’ll have made it happen.

To learn more about Triumviratus and download a free sample, please visit http://triumviratus.shanewsmith.com/ 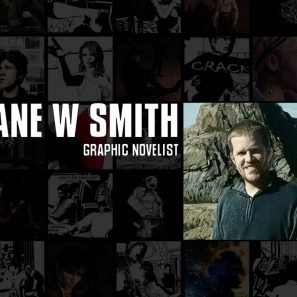 Shane W Smith is a graphic novelist who uses genre to explore and uncover some of the deeper meanings of human experience. His books have been shortlisted for awards a total of five times, including the fan-favourite Undad. His latest work, an epic fantasy graphic novel about jealousy and self-esteem and a world brought to its knees by the misadventures of three young people in love, will launch in late 2018. Shane has a Bachelor degree in Creative Writing, and might be the only person in the world to get a comic published in a refereed academic journal. He lives in Australia with his wife and four young children.

Hi all! I’ve hired an Adelaide-based artist, Rosanna Lam, to produce some internal title pages for the book. Here’s an exclusive sample of her contribution: http://shanewsmith.com/rynold

Hi all,
Thanks for helping to boost Triumviratus! I really appreciate it.
Here’s an exclusive Triumviratus update, just for you: https://youtu.be/U0c6TrqCn2A
-Shane

This an arts journalism project to pay professional critics and reviewers to cover all cultural activity in South Australia as an important, and previously diminishing, part of the arts ecosystem.