But early last year, she started to really think about Shakespeare’s women. Women make up less than 16% of the characters in Shakespeare’s work, and account for just 16% of feature film directors in Australia.

So when conversations about gender parity are at an all-time high across the film and theatre industries, and domestic violence continues to be a considerable issue in Australia, why do we keep returning to these classic stories where women are little more than supporting players and often subjected to violence?

Why do you want to make Tomorrow?
Our film engages directly with current conversations about the representation of, and opportunities for, women in the creative industries. It is a film about the stories we tell and the impact they have on the people who tell them, as well as society at large—because we believe that if we really want to change things for the better, that’s where we need to start.

Why do you need my donation?
Filmmaking is a costly business. We’re assembling a highly skilled team who know how to achieve big things on our limited budget. In addition to utilising VCA equipment and facilities, Sunday received a VCA grant and we’re also seeking partnerships and in-kind sponsorship.

We bring skill and passion and dedication to this project, but the scale of it is far greater than what we can finance alone. That is why we need your help. Quite simply, the film won’t exist without you.

What will happen once you’ve made the film?
Tomorrow isn’t being made for financial gain. Instead, we’re working to tell an important story, challenge ourselves as filmmakers, and create a film that we can all be proud of.

The film will be screened at the Australian Centre for the Moving Image at Federation Square in December, as part of a showcase of VCA graduating films which will be our chance to share it with friends, family and the industry. From there, we’ll be hitting the festival circuit and using our backgrounds in marketing and distribution to take the film to a broader audience.

How do I donate?
All donations through ACF are tax-deductible. All you need to do is enter your pledge in the green box above and follow the prompts.

How can I find out more about the project?
If you’d like to know more, please email us at sunday@sundayfilms.com.au or alexandraxgeorge@gmail.com. We’d love to hear from you!

Thank you for your interest in our film. We’re so grateful for your support.
Sunday & Alex

Sunday Films is the work of award-winning filmmaker, Sunday Emerson Gullifer. In 2016, she graduates from the prestigious Victorian College of the Arts with a Master of Film & Television in Directing. She has been nominated for an Australian Directors Guild Award for her Metro Screen/Screen NSW funded short film, ‘MEAT’, and her writing has been widely recognised with publication and awards. She is currently working on her VCA graduating film titled, ‘Tomorrow, and tomorrow, and tomorrow’.

Alexandra George is an awarded creative producer working across short- and long-form film, primetime television and commercial mediums, with a special interest in building online audiences and multiplatform storytelling. A graduate of the Victorian College of the Arts’ Master of Producing, in 2014 she was named VCA Producer of the Year for her work on several Melbourne International Film Festival premiering short films. Most recently she was Production Manager of the feature comedy ‘That’s Not Me’ (2016) starring Isabel Lucas (‘Transformers’) directed by Gregory Erdstein. She employs a design thinking approach and a skilled logistic toolkit to solve wicked problems in all her collaborations. 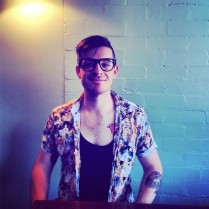 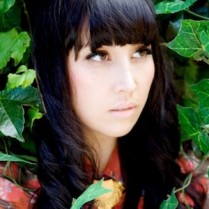 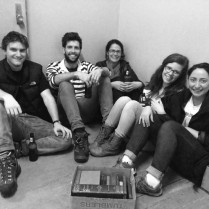