The Stranger is the AFTRS masters project of Writer / Director Jenny Hicks and Producer Nathaniel Heinz. The film is a 10 minute suspense drama with themes of rural drought and mental ill-health.

To me, it is important that films have something to say about the world we live in. That they entertain first and foremost but are also thought provoking. Mental ill-health and its ramifications are very personal to me. It has affected my friends and family and yet remains a tricky to negotiate subject with a lot of stigma attached. When I wrote this script, I decided not to focus on the character with schizophrenia but to write about a couple who encounter him and how they respond and react.

The story recognises our uncertainty when confronted with someone behaving strangely and delves into the fear of the unknown that we project. Our instinct is to turn away, to disengage. We resort to well-known stereotypes and pop culture caricatures – People with mental illness are unpredictable, frightening and potentially dangerous.

The Stranger is a sensitive and powerful film that counters negative portrayals of mental ill-health and helps demystify negative stereotypes. It has a complex and delicate balance of tone that encompasses unsettling drama, dry humour and traverses a razor’s edge between entertainment and social critique.

The Stranger is a small film with a big heart. We have half the budget and your additional contributions will go towards location fees, actors fees and cast & crew accommodation.

All donations through the ACF are tax deductible.

Your generosity in donating to The Stranger will help launch the careers of a number of screen creatives. We hope that it is the first of many entertaining and socially conscious films we make together.

Donors to the campaign will be acknowledged in the film’s credits. The film will be submitted to national and international film festivals and have further Impact Distribution. Using popular culture to stimulate the conversation about mental health – We can change the world one story at a time.

To find out more and stay connected check out: 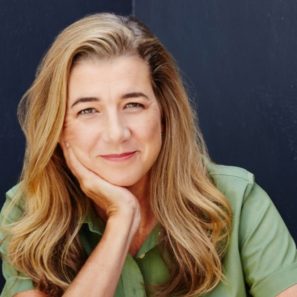 Jenny Hicks is a screen creative with 35 years of experience working on high quality broadcast and festival documentaries and award-winning feature films.

Jenny has had a varied, adventurous life, travelled widely and worked as everything from a life guard to a Jillaroo. She has written books, created and curated a film festival, and produced a documentary, but her film career has predominantly been in editing.

Jenny’s credits as an assistant editor include: Twin Peaks, Wild at Heart, Lord of The Rings, all three Matrix films, The Last Samurai, Blood Diamond and The Thin Red Line. As editor, her feature film credits include: A Million Colours, Winnie Mandela and Emu Runner which was nominated for an AACTA award. Television documentaries include The House and You Can’t Ask That for the ABC, the latter won AACTA and Walkley awards.

Currently undertaking her master’s degree in film directing at AFTRS, the short film The Stranger will launch Jenny’s career as a writer/director.

Gator and the Boys Soup Kitchen

THE STRANGER has been completed.
It is 20 minutes in length.
Thank you all for your support.
Distribution starts February 2021.
Look out for it at the film festivals.

The Stranger is now scheduled to shoot the week starting Monday 31st of August 2020.

Due to the current situation our schedule has become fluid.
Shoot dates are now unknown.
Once it is safe for people to gather again we will reschedule..
We still intend to complete the film in 2020