This documentary looks at the Battle of Fromelles through the eyes of the women left behind. The battle was the biggest single loss of life in Australia’s military history over a twenty-four hour period. The impact of the loss of so many young men was felt across the nation as husbands, fathers, brothers and sons were taken from their families in a futile and poorly planned battle that took place on July 19th, 1916.

Following the battle, the authorities received countless letters from families requesting information around the disappearance of their loved ones. These letters form the basis of our documentary, allowing viewers to experience the sacrifice and loss endured by those left to grieve across our nation.

The students from St Clare’s College have created video profiles of a number of soldiers identified in the mass grave at Pheasant Wood. These profiles will be interwoven throughout the documentary along with letters sent from women back at home. The students will read these letters in the exact locations the soldiers stood, to provide a powerful reminder of the impact each family felt.

Our film will highlight the work of Lambis Englezos, who is solely responsible for the discovery of the mass grave at Pheasant Wood. Alongside writer/director Patrick Lindsay, the group of students aim to restore the dignity of these men and finally give closure to the generations of families who have grieved the passing of loved ones for over a century.

Our aim is to recognise the tremendous sense of loss felt across the nation following the evening of July 19, 1916. Through this documentary, viewers will particularly sympathise with the pain and suffering experienced by the women left behind. This will be the Battle of Fromelles as never told before.

We thank you in advance for your contribution to this project as we work towards preserving the memory of the courageous Australian soldiers and empowering the voices of the countless women who were left behind to witness the traumatic effects of the Battle of Fromelles. 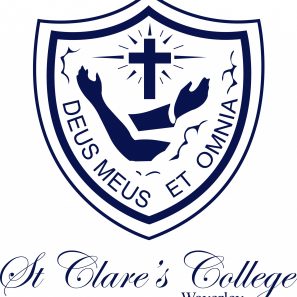 We are a Catholic secondary girls school located in the heart of Sydney’s eastern suburbs. With approximately 500 students we are immersed in the charism of St Clare and St Francis of Assisi. Founded by the Poor Clare Sisters in 1884, the College has educated students from all backgrounds. We are a living Franciscan community that is committed to empowering young women to go out into the world with open, loving hearts to serve others and make our world a kinder and gentler place.

A massive thank you to Steve Shelley, the great grandson of Herbert ‘Nutsy’ Bolt for his magnificent support of the project ($17 000). The documentary is now fully funded thanks to Steve!

Thanks to the NSW Government for helping fund our project through the Anzac Community Grants Program.

Planning is in full swing for filming in Fromelles in April. We have eleven students involved in the filming. The project is almost fully funded thanks to a number of RSL Clubs around Sydney!

We would like to thank Alan for his wonderful endorsement of our project this morning. https://www.2gb.com/alan-jones-praises-sydney-schoolgirls-tribute-to-wwi-soldiers/

Last week we were joined by Bondi Junction/Waverley RSL in having them support our project. We are very appreciative of their support and the encouragement they have given the girls.

All funds raised go towards the production costs of Lime Tree Studios producing the documentary. The families of each student involved are covering the cost of the travel to France and back.

We now have an Instagram account where you can keep up with the latest developments happening around the project: https://www.instagram.com/lostdiggersoffromelles/

We Are Up and Running

Thanks to our fabulous supporters. All the money raised is going towards the cost of producing the documentary. The students will be paying their own way to Fromelles. Keep spreading the word!

Certain Children is an honest portrayal of growing up queer in rural Victoria.

This Must Be The Place

THIS MUST BE THE PLACE is a drama short film that explores the concept of how much we need people and how much they inform our lives.