We are proud to be heading into the studio for our seventh album – a collection of great Australian repertoire – and we’re taking it GLOBAL!

Excitingly, we’re currently in discussions to release this album on the prestigious classical music record label, Naxos – giving this music the global release it deserves.

Many of the works have been commissioned and written for Guitar Trek and we can’t wait to bring this music to you!

Your generous support will go TWICE AS FAR as your dollar will be matched by Creative Partnerships Australia through their MatchLAB Program.

By supporting this project, you will be able to enjoy our music with the knowledge that you have supported the creation of the recording and manufacturing of this timeless preservation of musical history.

Donations to this campaign via the Australian Cultural Fund are tax-deductible.

If preferred, rewards are available from our Pozible page for your generous support.

For more details, visit www.GuitarTrek.net or Contact Us today. 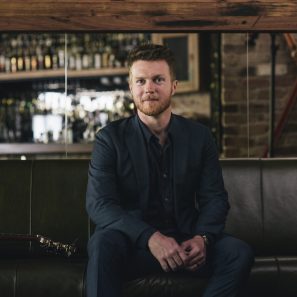 Matt Withers is an ambassador for Australian music, a well-established classical guitar pedagogue, performer and role model for musicians across the country.

His career to date has seen him perform with highly esteemed artists of the likes of William Barton, the Carl Pini Quartet, national orchestras as well as maintaining strong commitments in the leading Australian chamber music groups Guitar Trek alongside Timothy Kain, AM and in The Brew Guitar Duo.

Matt has a strong history of performing, recording and commissioning Australian works from distinguished composers as well as from generational peers. With solo and chamber studio albums released on ABC Classics (Australia) and Soundset Recordings (USA), he thrives on taking this music to wider audiences around the globe.

His entrepreneurial activities include the creation and development of the Matt Withers Australian Music Composition Competition which gives an avenue of support for Australian composers to have their music reach the ears and hearts of their audience.

Wonderful to have reached our ACF fundraising goal so quickly thanks to an extremely generous donation! Great to have support from Creative Partnerships Australia for this project to be match $ for $!

A 9-part anthology horror film set in the suburbs of Perth.

UneARThed is a social enterprise with a mission to empower artists affected by homelessness. This project aims to provide our artists with assistance so they can design, produce and sell T-shirts. Help us get started!