Bradford Walton is the Writer, Producer, and Director of this extraordinary short feature. It is a beautiful, touching and artistic film about Piper, an 11yr-old girl who struggles with the 5 stages of loss & grief but finds hope in the infinite possibilities of the cosmos. The story follows Piper’s journey and her experience of being bullied at school and her disconnect with her father, who isn’t coping with the loss of his beloved wife and mother of Piper.

The film culminates with Piper conquering her bullies and finding first like / first love through her connectedness with the cosmos.

Completion of this project is vital to the creative community of Cleveland & wider Redland Bay area for the following reasons:

• The film’s screening at International Film Festivals will showcase and acknowledge local cast, crew, services and donors and sponsors on a global scale.

• The Musical Score was created by a local Composer/Conductor and recorded live by the Redland Sinfonia using 5:1 Dolby surround sound. A first for the community.

• Completion of post-production will continue to generate work for local suppliers/businesses, contributing to the creative industry sector and providing an economic boost to the community.

All donations received will contribute to post-production costs to ensure 5MP is completed for submission to international film festivals, commencing with Cannes Film Festival in February 2020. 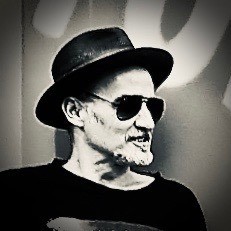 Bradford Lee Walton is a filmmaker based in Cleveland, QLD who creates unique films to give a voice to real life challenges. As an artist, Bradford uses filmmaking to exercise a collective voice and create calls to action to a number of everyday challenges we all face. He is not afraid to use different techniques to create original work, e.g., still photography to produce the first TVC ‘Unwind Your Mind’, to address mental health issues in QLD. His critically acclaimed ‘Human Race’ commercial, that poetically features an Olympic Hurdler, was the first to air nationally to combat the issue of suicide.

Bradford’s current project is a short film entitled 5 Moons of Pluto. The script, nominated by the Australian Writers Guild for best un-produced screenplay, is a beautiful artistic story about a little girl who overcomes the five stages of loss and grief.

Bradford’s films touch the souls and change the narratives of his audiences. His passion for the arts and creative insight allows him to communicate issues that make us vulnerable, but inspire us to think in ways that can make our world a better place to live.

“Beyond a movie, it is an experience”

A Masterpiece of sound and vision

Thank you for visiting our Project Page. If you’ve decided not to donate today, please consider forwarding this link to family/friends who you feel might be interested in contributing to this project.

Thank you to our donors, your generosity is very appreciated. Post-production continues to progress smoothly, with Colour Grading the next instalment. Exciting times ahead!