2018 is the fifth year of the annual Sydney Baroque Music Festival. For this event, the SBMF has been accepted as Artist in Residence at Bundanon Trust. We will spend the week of January 29th to February 4th in Illaroo, NSW, intensively workshopping and rehearsing a program of baroque music for a final public performance in Sydney.

This residency is the most effective way to realise our ambitions for the future of the SBMF. We will have the opportunity to immerse ourselves in an intensive rehearsal period, away from the distractions of day-to-day commitments.

The SBMF is an orchestral training program tailored for pre- and early-career professionals. The festival is an important stepping-stone from university study into a professional performance career.

For this festival, we will be mentored by members of the Muffat Collective, period instrument specialists who have graduated from the Royal Conservatoire of The Hague in the Netherlands.

They bring with them the leading practices and expertise from the most dynamic baroque orchestras and ensembles of central Europe, and we can’t wait to work with such passionate and inspirational musicians.

The Sydney Baroque Music Festival is one of the only baroque orchestral workshops currently operating in Australia. On top of that, it is the only workshop that is free for musicians to attend. It is so important to keep this festival accessible to the musicians for whom it is intended, and to provide them with the kinds of opportunities so common across North America and Europe. Currently, the young baroque performers of Australia are spread out across the country, with extremely limited opportunities to learn and perform the important orchestral repertoire of the eighteenth century. The SBMF is one such way to remedy this, to prepare musicians for the expectations of professional orchestras.

The support that we receive from this Australian Cultural Fund campaign is crucial to the running of the festival. Without this funding, the Sydney Baroque Music Festival will not be able grow and develop as an organisation contributing to the future of period performance in Australia.

Donations received through this campaign will cover tuition for all participants, as well as venue hire for the Sydney concert, tutor fees, sourcing sheet music, instrument transport, and providing food for the week at Bundanon Trust. The result of this campaign will be a high-quality public showcase of Australia’s young baroque talent.

With your help, together we can nurture and develop the Australian baroque music scene.

For more information or a chat, please email Meg at sydneybaroquemusicfestival@gmail.com, she’d love to hear from you! 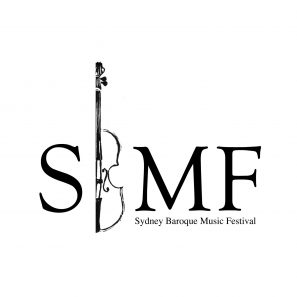 “It is encouraging to know that we have the next generation of baroque specialists in the making.” – Classikon

The Sydney Baroque Music Festival is an entirely student-driven initiative bringing together young musicians from all over Australia who share a passion for early music.

The annual event aims to foster a dynamic environment in which these musicians can share their passion and craft with audiences. The festival encompasses an intensive week of rehearsals culminating in a single public showcase of our work. It is one of the only baroque orchestral workshops operating in Australia.

The Muffat Collective violinist Matthew Greco sums it up beautifully: “Starting up a festival like this is actually intrinsic to the way early music is practised. Creating a festival like this on your own terms means that you can have the freedom to experiment with playing music in different ways, without having to conform to the set agenda of any particular conductor or director who might traditionally make all the decisions. In other words, it’s a great, independent way for young students to learn. By taking ownership of their music-making at an early stage, students learn to develop their own ideas about how to play music rather than conform to the traditional classical music model of surrendering to the dictums of conductors and teachers. [The festival gives] a really great sense of how enjoyable and fun making this music can be.”

The festival has been mentored by players from Australia’s leading baroque ensembles, including the Australian Brandenburg Orchestra, Pinchgut Opera, the Australian Haydn Ensemble, Ironwood Chamber Ensemble, and the Muffat Collective. From the first festival in 2013 – a small Sydney-based group – the event has grown to include musicians from Sydney, Melbourne, Brisbane, Perth, Adelaide, and Canberra. The SBMF has performed with a number of exciting soloists, including violinists Rafael Font and Matthew Greco, and flautist Mikaela Oberg.

The Sydney Baroque Music Festival is contributing to the future of period performance in Australia. 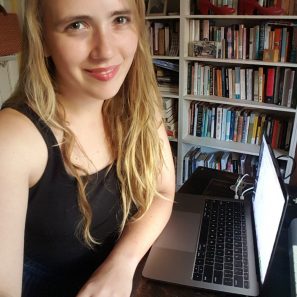 Our concert is tomorrow!

Thanks to our generous supporters, we have passed 50%! We leave for our residency in just a few days, to start rehearsals for our concert on Sunday, February 4th, 5pm at St James’ Church, Sydney!