Working closely with the local community, our award-winning team will are creating a social impact documentary that transports the audience to a unique and rarely seen destination, Timor-Leste.

The film will be an entry point into Timorese culture, through an easy to watch cinematic story of an incredible cultural tale of an island deeply connected to its land and fauna.

By telling this story with a compelling narrative, we will highlight the country’s unique culture and beauty, and promote Timor-Leste as a go-to destination for adventure travellers and sustainable travellers.

We are team of highly regarded filmmakers, who have won multiple awards for our previous work. Most recently producing a compelling documentary, narrated by Sir David Attenborough on Patagonian Penguins.

We intend to shoot our impact documentary in late 2021. We have also international distribution arrangements in place that will share our film globally once produced.

Timor-Leste is part of the most biodiverse environment in the world. It’s also one of our (Australia’s) closest neighbours, but most of us don’t even know where it is.

It’s a very new country, with a very turbulent history.

It has become one of the most oil & gas dependent countries in the world – almost 90% of its economy relies on non-renewable resources.

This of course is unsustainable. And our team wants to shift this.

We need to raise a total of $120,000 AUD to execute the campaign – from development to production and distribution.

This is not a commercial endeavour. Our team, colleagues, contractors and advisors are generously giving their time at little to no cost. This is the hard cost we need to raise and get this project into production and distributed.

We are relying entirely on supporters of the project to enable this project to happen.

Further breakdown of costs can be found at sustainabletimorleste.org 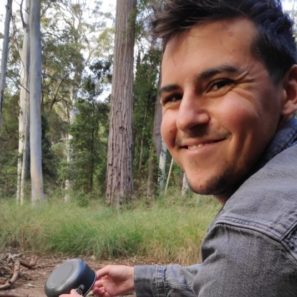 Sean has worked in travel & conservation filmmaking for a number of years, documenting Dr. Pablo Borboroglu, global conservationist winner (Whitley Fund for Nature, National Geographic) on his research of Patagonian penguins, to then be narrated by Sir David Attenborough.

He has recently completed an 8x30min travel TV series in the US, now in post-production.