SUSHI NOH is a surreal horror short film that explores the vivid monstrosities that plague children’s nightmares. The story follows Eli, a young Asian Australian child who encounters a strange sushi-making kitchen appliance whilst staying at his unpleasant Uncle Donnie’s house. Over the course of the evening, Eli’s abstract nightmares surface to reality by twisting and warping Uncle Donnie’s body into a perverse creature borne from the seeds of his darkest fears.

Once completed, SUSHI NOH will exist as both a stand-alone short film and concept piece that we intend to expand into a horror series for streaming services. Developed over the course of 2020 as a major capstone project by a team of graduating Masters students at the Australian Film, Television and Radio School (AFTRS), it will appeal to mature audiences who are fond of horror films and macabre supernatural thrillers.

This project is not only ambitious in its scope for presenting a visceral artistic vision of an original supernatural setting, but also its contribution to the growing breadth of enriching cross-cultural content, created by diverse artists. Our team is passionate about boosting the visibility of myths, folklore and imagery that have long remained untapped by an entertainment industry saturated by Western perspectives, by offering fresh and exciting narratives from underrepresented members of the Australian film community.

In addition to helping bring this story to life, your support for this project will contribute to the continuing development of the careers of up-and-coming talent and the emerging voice of Chinese-Australian perspectives in mainstream Western media. Your donations will go towards the physical production costs, as we are currently in pre-production, and will be used for on-set production expenses such as: production design, unit, equipment hire, and catering. Your generous donations will also support critical post-production undertakings such as editing, sound design, composing, and grading.

Donations over $2 are tax-deductible.

Thanks for your support! 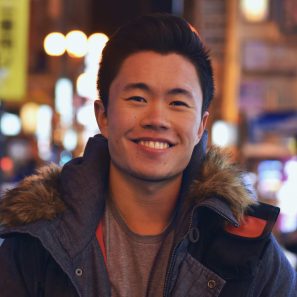 Jayden Rathsam Hua is a Chinese-Australian filmmaker who is currently completing his Masters of Producing at the Australian Film, Television and Radio School (AFTRS).

Jayden’s final capstone film, Sushi Noh, presents a unique cross-cultural vision through the fusion of humour and horror. The project is a stand-alone short film that will also serve as a concept piece in the development of an Asian-Australian horror series which seeks to explore the unnerving and abstract nightmares of young children. Sushi Noh’s core production team is comprised of a talented crew of AFTRS Masters students and alumni who are compelled to craft enthralling stories for daring and diverse audiences.

Armature is a story about loss, dealing with grief and the inability of Australian men to connect or seek help.