The Honeymoon Suite will present group exhibitions that seek to draw comparisons and distinctions between a variety of artists, art forms, concepts, contexts and practices, with the hope to exchange ideas, start conversations and further artistic dialogue in Melbourne. The exhibitions will run for 3-4 weeks and will each have an opening event.

Why non-profit?
• The Honeymoon Suite believes that the visual arts make a significant and meaningful contribution to society and culture despite whether an artwork is bought or sold.
• Independent artists and organisations can assist to generate new ideas and exhibit artistic capacity, and non-profit galleries provide an imperative platform for enabling meaningful artistic dialogue.
• The Honeymoon Suite does not take any commission from the sale of artwork with the objective to provide independent artists with 100% of the money if one of their artworks is sold during an exhibition.

Where will my money go?
• Your contribution to The Honeymoon Suite’s exhibition program 2016 will directly assist to fund the gallery’s operation. This will enable more exhibitions to occur, which will support more artists over a longer period of time.
• The Honeymoon Suite receives a small portion of its income through renting part of its premises as artist studios. The gallery’s receives the rest of its income through private donation, sponsorship and volunteering.

Why should I support The Honeymoon Suite?
• The Honeymoon Suite understand that there are a plethora of vital and worthy causes to support within Australian and wider communities. We are advocates of the support to many of these worthy causes.
• A recent study revealed that the arts employ more people in Australia than agriculture, construction or mining and that the creative industries generate $50 billion for the Australian economy.
• Your contribution will directly effect the operation of a small arts organisation with a young, dedicated, competent and enthusiastic board of artists and curators, who will work to support emerging artists and foster the careers of art workers within the community.

Thank you for taking the time to read a bit more about The Honeymoon Suite project.

If you choose to support our project your contribution will make a huge difference! 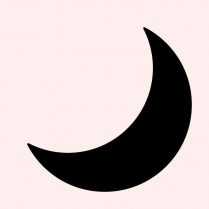 The Honeymoon Suite is a new temporary non-profit gallery with adjoining artist studios. The gallery’s name takes cue from the rise in apartment developments and display suites being built in the Brunswick area, and seeks to engage with notions of domesticity and temporality within the gallery’s curatorial outlook. The Honeymoon Suite will engage with a broad scope of artists who are both independent and commercially represented, based locally and internationally. The gallery intends to foster the careers of emerging local practitioners through the presentation of their work alongside that of established artists.

The Honeymoon Suite is led by Charlotte Cornish through the mentorship of Melissa Loughnan. Charlotte previously worked with Melissa at Utopian Slumps, Melbourne. There are three additional board members: Justin Hinder, Andre Piguet and Lauren Ravi.

Melissa Loughnan is the founding director of Utopian Slumps, which operated as a non-profit curator-run art gallery in Melbourne, Australia from 2007 to 2009, and as a commercial gallery from 2010 to 2014. The gallery closed in December 2014 and now exists as an art-consulting agency, working directly with artists and clients on major public art commissions and curatorial projects. Melissa is currently writing An A to Z of New Australian Contemporary Art (working title) to be released by Thames and Hudson in 2016.

Lauren Ravi is a multidisciplinary artist originally from Perth, Western Australia. She holds a Bachelor Fine Art (First Class Honours), University of Western Australia and worked at Perth Institute for Contemporary Art, Fremantle Arts Centre and Venn Gallery before relocating to Melbourne to complete her Master in Conservation at Melbourne University. She currently works as an invigilator at the Australian Centre for Contemporary Art and as a conservation intern for the Koorie Heritage Trust.

aGender - The Agenda of Gender

aGender is a series of paintings exploring gender role discrimination by paining and profiling individuals who have challenged what many believe to be outdated social perspectives.