For as long as I can remember, I’ve wanted to use my music to tell stories. Stories that show us something about ourselves and our diverse cultures, stories that help us understand the world and our place in it more deeply. Stories that connect us to each other, that teach us that we can transcend the boundaries of what we think is possible.

I guess that pretty much sums up my own story so far! Straight out of film school in Australia, I composed additional music for Baz Luhrmann’s film ‘Australia’, and co-wrote and sang the love song from the film, ‘By the Boab Tree’. And I’ve continued to build my career here ever since, composing for projects including 2017 AACTA-nominated feature documentary, ‘Zach’s Ceremony’, upcoming feature film ‘Chocolate Oyster’, and, in collaboration with Sonar Music, upcoming SBS / Blackfella Films’ documentary series ‘How Mad Are You?’.

But sometimes, life sends us a signal we can’t ignore – and when I received news that not only was I one of only twenty students worldwide to be admitted to the Master of Music in Screen Scoring at USC, but I was their top-ranked applicant for 2018 (awarded their highest honour – a partial scholarship bestowed by Oscar-nominated film composer Alan Silvestri, who recently composed the music for the new Steven Spielberg film, ‘Ready Player One’) – I knew I had to find a way to make it happen. I’m looking forward to learning from the world’s best – industry guest speakers at USC have included John Williams (Star Wars), Howard Shore (Lord of the Rings) and Danny Elfman (Batman). I’ll also get to record my compositions with top-tier orchestras at some of Los Angeles’ best recording studios, and collaborate with filmmakers from USC’s School of Cinematic Arts (whose alumni include directors like George Lucas and Ron Howard). I know this course will give me the skills and the network to become a leader in my chosen field.

Your donations will fund a portion of my tuition at USC. Total tuition fees for the one-year program are USD $56,720 / AUD $74,942, and even taking into consideration my partial scholarship and other grants, there is still a long way to go. My ACF funding goal is $7000, and I plan to fund the remaining tuition, admin fees, and all living expenses through a combination of my own earnings and other grants. Ultimately, your donations will help me make a positive difference to screen music culture in Australia in the future.

Female screen composers are under-represented in our industry, making up only 13% of the total number of screen composers registered with APRA. I recently gave a talk for International Womens’ Day where I discussed the almost total absence of female role models in my industry when I was starting out. I believe in leading by example, so my hope for the future is that I can not only strive to create great work, but that I can also encourage upcoming composers to aim high and realise their own potential. Thanks for your support! 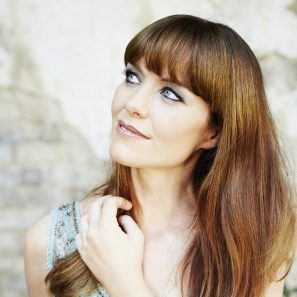 Angela is a screen composer from Sydney, Australia. Her first major credit was Baz Luhrmann’s film “Australia”, for which she composed Additional Music and co-wrote and performed the film’s love song, ‘By the Boab Tree’, which was nominated for numerous national and international awards. It was even shortlisted for an Oscar in 2009! Since then, Angela has lent her talents to a diverse range of projects, including collaborating with Oscar-nominated composer Marco Beltrami as a vocal soloist on 2016 blockbuster “Gods of Egypt” and composing the score for AACTA-nominated feature documentary “Zach’s Ceremony”, which also won the audience award for Best Documentary at both Sydney and Melbourne International Film Festivals. Angela’s upcoming screen projects include the Blackfella Films / SBS documentary series ‘How Mad Are You?’,(which Angela composed in collaboration with Sonar Music), as well as feature films ‘Chocolate Oyster’ and ‘Back of the Net’. 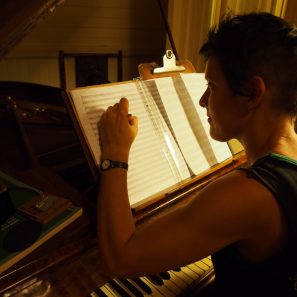 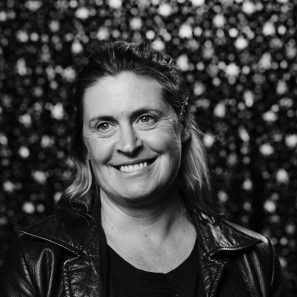 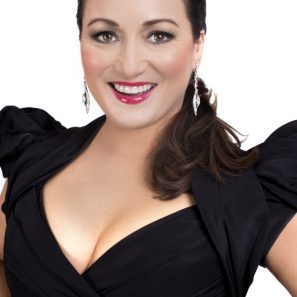 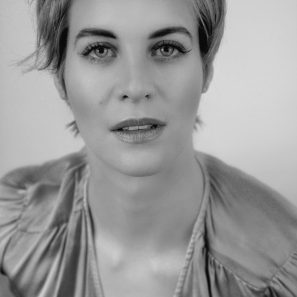