The Strawman is a short horror film set in Outback Australia that follows two half-sisters who live on a farmhouse caring for their father, who is in a vegetative state.
After finding a stitched heart near an old scarecrow, Ada gifts the heart to her dad, James. Within the hour James becomes near functional again – but at a price.
As the film descends into night, we learn that James will replace the old scarecrow as the new guardian of the house – driving him to hunt down his two daughters. The sisters must set aside their animosity toward each other in order to survive the night.

A body-bending, psychological horror inspired by interpersonal character horrors such as The Shining (1980) with body-horror elements inspired by The Fly (1986), The Strawman aims to create a fundamental stepping stone for a feature length film based around a similar premise. Heavily influenced by folklore monsters throughout history, the titular antagonist, The Strawman, origins and goals remain a mystery lost in time — a modern day bogeyman.

The Strawman has been created by a talented team of students from JMC Academy including:

Jamie Zin (Director/Writer) “I’m incredibly excited to be making this short piece — I’m a huge fan of Horror films and I really don’t think there’s anything quite like creating something that both thrills and terrifies audiences.”

Jadon Patterson (Director of Photography) “I am extremely excited to implement my own unique visual style into a horror film involving a killer scarecrow.”

Jemma Breedon (Production Design) “My main goal is to help the viewer feel immersed in the world these characters are living in and to help tell the story through the decision of props and costumes.”

Joseph Cockerill (Sound Design) “I’m excited to bring the atmosphere in this film to life through sound. Film and TV is my passion and I love everything about Sound Design! ”

Jess Heath (Editor) “This is a project I am incredibly passionate about and am absolutely thrilled to be able to bring our director’s vision to life with a dynamic and stylised edit.”

All of your donations will be used to fund costs associated with the production, including: travel and accommodation, catering for cast and crew, production design costs including makeup, costuming and prop design and location fees. Your donations will also be used to support the admission and distribution of The Strawman into film festivals. And donations above $2 will be tax deductible! 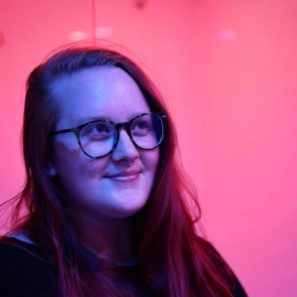 My name is Tarni Brinkmann and I am a student in the art of producing.

Currently I have the honour of producing an amazing student film project at JMC Academy in Brisbane and relish in making films happen.

I’m a consummate professional, taking my work seriously and apply a high level of dedication to my work whether it be for university projects or otherwise.