Slut is a powerful indictment of misogyny from one of Australia’s most celebrated playwrights. It follows the rise and fall of Melbourne schoolgirl Lolita, chronicling her fraught journey from girlhood to womanhood. The play will open at The Burrow in Fitzroy and run from the 5-21st March.

Slut was written in 2007, but its message has become all the more timely, relevant and urgent in the post #metoo era. Inspired by true events and interviews with young women about their sexuality and the ‘slut’ label, Slut is a searing exploration of the female experience that every Melbournian woman will recognise and relate to.

Patricia Cornelius is one of our most prolific playwrights. Her accolades include the Windham-Campbell Literature Prize and 2019 Green Room Award for Life Achievement. She has written 35 plays, including Shit, Big Heart, Savages, Do Not Go Gentle and The Call. She is currently working on a main stage commission for Melbourne Theatre Company.

We believe deeply in this story and the strong social message that it will teach audiences. In light of ongoing funding cuts to the arts, we have chosen to produce, create and fund this production ourselves.

This Australian Cultural Fund campaign will assist us in paying for essential materials in staging this show. Funds will be specifically used to:

-Purchase props, set, and costume.
-Sound and lighting equipment and design.
-And most importantly, pay our artists a small fee for their time and travel expenses.

Thank you so much for your support in creating a play with such an important social message. 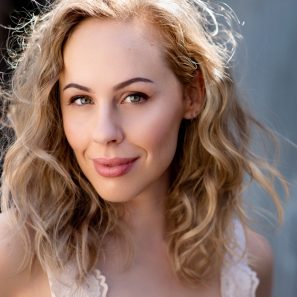 Michaela is a graduate of the National Theatre Drama School, where she was awarded the William P. Carr scholarship for acting.

She later trained in Meisner Technique with Ward Studio in New York. In 2015 she was granted a residency with Kingston Arts as part of their New Blood initiative. She went on to work on numerous theatre productions, including Grit Theatre’s Heaven for Darebin Arts, and played the lead roles of Daphne in Sly Rat Theatre’s Pluck! and J.O.A.N in Rei Poh’s Attempts for the VCA Masters of Directing season.

In 2017 she joined Complete Works Theatre Company’s tour of Romeo and Juliet and Macbeth, playing Juliet and Lady Macbeth in over 300 live performances. In 2019 she performed in the US series Preacher, played a recurring role in Realestate.com.au’s The Other Saturday Game campaign, and performed the leads in the short films The Spark or The Fuel  and Dovetail.

Between the Lines - Short Film

Between the Lines follows a mother and her son with autism whose relationship is put to the test as the looming pressures of high school start to affect their communication at home.