In 2017 Slingsby will create and premiere a brand new piece of theatre, tour and promote its highly-acclaimed latest work The Young King, and undertake its annual ‘theatre lab’ to ensure its work continues to explore new territory for the surprise, wonder and delight of audiences.

Importantly, in 2017 Slingsby will capitalise on the success of its hit of Adelaide Festival 2016, The Young King. The show, adapted from a poignant short story by Oscar Wilde, sold out an extended season of 33 performances, performed to 35 school groups and reached 168% of its box office target. Already touring to NSW in late 2016, The Young King has garnered much further national and international interest and has dates lined up in Adelaide, Sydney and Melbourne. In January 2017 Slingsby plans to showcase The Young King at international performing arts markets. Slingsby has already built an excellent reputation and network of contacts through the international touring of previous works The Tragical Life of Cheeseboy and Man Covets Bird. Our company looks forward to continuing and growing this success, representing South Australia and Australia on the international stage.

Slingsby will commission, produce and premiere a brand new, original work that will be designed with touring in mind.

The second annual Slingsby R&D program Paths Less Travelled will take place; this intensive ‘theatre laboratory’ allows experimentation and risk-taking in the interests of developing theatrical form and Slingsby’s unique style. The outcome of Paths Less Travelled in 2015 was the triumphant immersive setting and experience of The Young King in a disused city retail space.

Slingsby will pursue the opportunity to partner with alternative and intriguing venues, building on the success of its 2016 season atop the Myer Centre Adelaide.

“A marvel of exquisite theatre-craft” – The Herald Scotland 2009
“Slingsby has created another truly magical, moving, all-encompassing world” – The Adelaide Advertiser 2010
“Visually and aurally transfixing” – New York Post 2011
“Curiously but wonderfully elating” – The Australian 2013
“A beautiful jewel in the Adelaide Festival crown” – Limelight 2016
“The world is a better place for having a company like Slingsby in it” – Aspire Magazine 2016

For further information about Slingsby Theatre Company please visit our website at slingsby.net.au or we encourage you to contact us direct (details on the website) to discover more about our work.

Thank you for the generous support and donations received to date. Due to overwhelming support we have decided to reposition our campaign target to $50,000 reflecting the spirit and generosity of the community response.

Thank you again, we are humbled at your support.

Named after a character in Edward Lear’s short story “The Four Little People Who Went Round The World”, the company’s adventures have taken it far. Since it was founded in 2007, Slingsby has premiered six original productions toured to 70 venues in 44 cities and towns across Australia, New Zealand, Singapore, UK, Scotland, Ireland, Norway, Spain, Canada and USA, including a two-week sold out season on 42nd Street, New York. 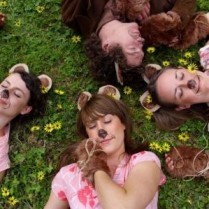 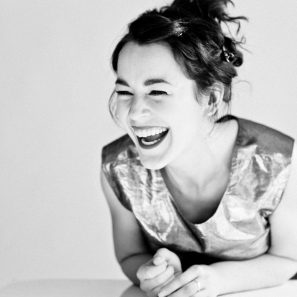