The animation ‘Single’ is an episodic rom-com adventure through the shenanigans and nightmares of modern dating. Housemates Bridie, Luke and Tilly become immersed in Sydney’s bounty of endless dating possibilities as they navigate blind dates, suburb-wide polyamorous relationships, (literal) catfishing and dating-app existential dread. Finding your eternal soulmate is hard when the inner west dating pool feels like a rapid-fire, kaleidoscopic fever dream. Their hilariously unsuccessful quests for love ultimately lead them to interrogate their own friendship

WHERE WE ARE AT:

We are currently in the development stage, and are looking into going into pre-production of a short animation film that captures the ‘Single’ world.

‘Single’ has a comedic core that’s different from your average cartoon. We tell our jokes from a previously unvoiced place: our jokes uplift, and don’t punch down. It’s an animation for people that reflect our creative team: which includes people who are young/queer/people with disability/people of colour.

The characters, jokes and content are made for everyone; it’s fresh and intersectional; it’s a story currently absent on-screen, and especially from animation!

HOW YOUR DONATIONS WILL BE USED:

Many of our key creatives are working on a volunteer basis. All funds raised will pay the long hard hours that the animators, sound designer and composer will be working.

A 10 minute animation that we will use to enter into short film festivals, and later to develop our goal of producing an animated series. 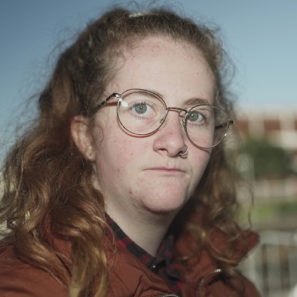 Tilly Robba is a Queer Sydney based filmmaker and designer who has led the graphics for critically acclaimed series Mr Inbetween and Stan’s Film I am Woman.

She has strong industry connections from working across a number of roles in Film, TV, and Theatre; working with Warner Bros, Opera Australia, Fox and ABC, to name a few. She has a number of short film/series credits in Comedy and Drama and her illustrations have been published in The Rolling Stones Magazine.

She is looking to make her mark in Australian Animation, bringing together her TV industry connections and knowledge with her inherent talent for Illustrations.