Singing Swallows is a compilation of four Holocaust stories, created for young audiences between the ages of nine and 18 years old. Each story focuses on four different journeys of Jewish children/young adults during the Holocaust. The stories, compiled from interviews with Holocaust survivors are voice recorded by young Jewish children in primary school.

Singing Swallows is a new contemporary approach to Holocaust storytelling, achieving to tell the stories without passing on trauma to the audience alongside helping the children engage with the stories as they would with a Holocaust survivor.

We are raising funds to develop Singing Swallows into an accessible performance for children who are blind, visually impaired, deaf and hearing impaired. We will also then use the funds to tour Singing Swallows regionally around Victoria in 2020. Visiting schools and performing for children between the ages of 9 and 18.

Coming from a Jewish background the continuity of Holocaust studies and specifically the remembrance of personal experiences of Holocaust survivors, is a significant concern for me. In 2016 I completed my Bachelor of Performing arts Honours which explored the role of myself as a theatremaker in regards to continuing these Holocaust stories in an engaging way for future generations. Therefore, allowing for these stories not to be forgotten once there are no longer survivors. The outcome of my research was Singing Swallows. This performance is an attempt to re-create stories about the Holocaust from the perspective of the survivors, being appropriate for an audience of children aged between nine and eighteen years old. Singing Swallows has been found to be an appropriate and engaging rendition of Holocaust stories for children. The performance had a successful outcome both initially in 2016 and when it was remounted and performed at Leibler Yavneh College, Mount Scopus Memorial College and Bialik College for Yom Hashoah.

In order to successfully tour Singing Swallows, the performance must be made accessible and be further developed for touring. Once this final development is complete, Singing Swallows will be able to educate children around Victoria. We aim to visit as many diverse schools as possible. We believe that the messages of tolerance, hope, peace, love and kindness don’t discriminate and all can benefit from learning about these survivors’ personal experiences during the Holocaust. By educating young children with these Holocaust stories, the Holocaust will not be overlooked by future generations. Those who perished will not be forgotten.

Donations will be used specifically towards:
– a deaf consultant
– Auslan interpreters
– consultation with Descriptive Victoria
– projection and other technical requirements
– reworking of set design for touring
– artist fees for development

To find out more about Singing Swallows visit www.romikupfer.com/singing-swallows 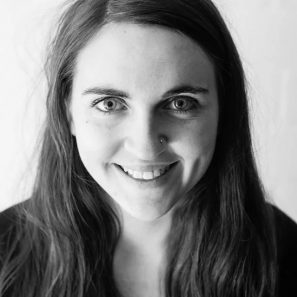 Romi is a Melbourne based contemporary director and theatremaker. She is passionate about creating work that starts meaningful conversation and examines the transmission of storytelling. Using live theatre and performance, Romi aims to provoke, question and explore life as we know it.

Romi hold’s a Bachelor of Performing Arts (Honours) from Monash University, and is currently finishing a Masters of Directing for Performance at Victorian College of the Arts, Her previous credits include: writing and directing Femme (Monash Container Festival, 2014); founding and coordinating theatre performance workshops for children in Caulfield South (2015); and directing Talking Cure (Saltpillar Theatre Company, 2016). In 2017, Romi toured her Honours performance, Singing Swallows to three primary schools for a total of eight performances. In 2018, she directed a new Australian play DELILAH for Left of Centre Theatre Company at The Butterfly Club. In 2018, Romi co-founded Alchemistudio, a studio collective and is currently an Associate Artist for TheatreWorks’ 2018 season,working with OpticNerve Performance Group.

Alongside directing and theatremaking, Romi produces and project manages creative works with her creative studio Alchemistudio.

We are so grateful for the written support we have received from the Jewish Holocaust Centre confirming Singing Swallows place in Holocaust storytelling and education.

Our trailer is now live! Click through the images above or watch at https://vimeo.com/271051224

I am pleased to announce that we have confirmed our collaboration with theatre company Deafferent Theatre who will be working with us to integrate Auslan interpretation. https://deafferenttheatre.com/