Investing in this project will help us create a full treatment for our feature film about this international sporting icon.

Extensive research has been undertaken by Shirley’s son Matthew de la Hunty and has revealed a web of intrigue which goes way beyond an athletic career.

The combination of her sporting fame, intellect and social conscience against the back drop of the Cold war era Melbourne Olympics is an amazing Australian story.

We have assembled a fantastic group of people to work together to bring the story of Shirley to the big screen – but we need your help!

Not only was Shirley an athlete without peer, but she was a woman ahead of her time. Not afraid to add her voice to a cause, she was a feminist before the term was known.

We need to assemble our team in one place to create our draft and your assistance will enable this to happen.

Dave Warner is a writer of considerable repute and has grown up with the legacy of Shirley Strickland. He became acquainted with Matthew de la Hunty though musical circles and together they will wade through the records, the anecdotes, the images and the history that is Shirley’s legacy and create a first draft for a film to be presented for future funding to screen industry agencies.

This is the first step to what is envisaged to become a West Australian film production completed in time for the 2020 Olympic Games, thereby maximising the impact and the potential audience for the story. 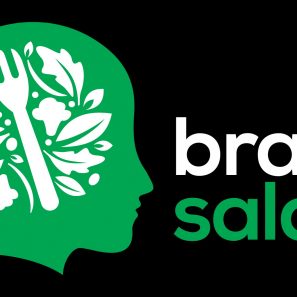 Suzanne Worner is an independent producer working in pre-production on her very first feature film.

Suzanne’s diverse media career started with the Ten Network in the early 1990s. She has since then worked in a range of production and administrative roles in factual and lifestyle television, radio and television news and current affairs including a 20+ year stint in the ABC Newsroom Perth as Production Manager.

In 2011, Suzanne joined the arts and culture sector with the Revelation Perth International Film Festival as Director of Communications and, in 2013, took on the added role of General Manager.

In 2017 Suzanne left the ABC and created Brain Salad – a platform to create and promote arts projects and events such as films, street festivals, community cinema screenings and much, much more.

We made it to TT
https://www.facebook.com/TodayTonight/videos/1087303211449049/UzpfSTI0NTgwNTU2NjIwNTk0MzozNjE2MTEzMTQ2MjUzNjc/

Rod Quinn interviews Dave Warner plus an archival chat with Shirley herself from 2002
https://www.abc.net.au/radio/programs/overnights/shirley-stickland-revealed-in-new-biography/10623142

Shirley’s story featured in The West Australian Newspaper this weekend