RUPTURE is a collaborative project between 3 artists and a psychotherapist. The first iteration of RUPTURE was installed at Bendigo Art Gallery as a deep immersion sound and video-scape, exploring the co-relations between embodied anxiety and the slow emergences that we all live with-in in the time of late capitalism. the work is affective, resonant and mesmerising.

This is an artist-funded project

Rupture investigates the ways in which the body and the world mimic each other in modes of panic and crisis. Through a performance of vocalities and gestures sited within a multi-channel video and sound installation, this work interprets how symptoms of environmental and human ‘disorder’ can be seen as an appropriate response to personal traumas and global catastrophe.

In our current age of anxiety; global politics, ecological devastation, insecurity and instability pervade our daily lives; we are constantly faced with present and imminent environmental and psychological ‘rupture’. These ruptures reveal a human moment beneath the machinations of catastrophic late capitalism doing its work.
Rupture asks us:

“… do we stop in our tracks, ‘overwhelmed’ turn our faces from a sun that is swallowing us whole, walk blindfolded and alone towards the crumbling ochre cliffs? Or can we find accomplices to walk with us, to make some sense of the catastrophic present, and then use this awareness to resist paralysis, to cast off despair.”

This is an artist-funded work.

This collaborative entity is geographically disparate and we seek funds to travel to the Festival, to install the work and to pay technicians.

We feel that we, as researchers and practitioners of the anxious, are making an important contribution to the Big Anxiety Festival with this work.

We’d be grateful for any support that comes our way. 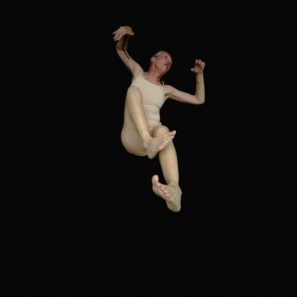 Virginia Barratt is an Australian researcher, artist, writer and performer. She is writing a PhD at Western Sydney University, which focuses on panic, affect and deterritorialization, explored through performance, experimental poetics and vocalities. Barratt is a founding member of the cyberfeminist collective VNS Matrix. Barratt has performed widely in Australia, as well as globally, including the USA, Canada, France and Berlin. Her writing has been widely published, including in: AXON, Writing from Below, TEXT Journal, Cordite, Overland, Plinth Journal, Artlink Journal and Offshoot: Contemporary Lifewriting Methodologies and Practice in Australasia.

Jessie Boylan is an artist based on Dja Dja Wurrung country in Central Victoria, Australia. Spanning a documentary-based practice, Boylan is interested in collaborative praxes, modes of affect and disruption and uses photography, video and sound to explore environmental, social and psychological disturbances and upheaval. Boylan is member of Lumina, an Australian photography collective, the Atomic Photographers Guild, an international group who aim to render visible all aspects of the nuclear age, and the Nuclear Futures/Alphaville Community Arts Project.

Linda Dement has worked in arts computing since the late 1980s. Originally a photographer, her digital practice spans the programmed, performative, textual and virtual. Her work deals with issues of disturbance, commingling psycho-sexual corporeality and the digital and electronic, giving form to the difficult territory of the unbearable and conflicted. Dement’s programmed and still image work has been widely exhibited internationally and locally. 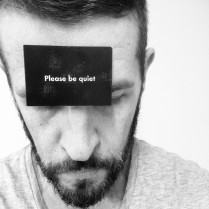