I am an actor/writer/producer raising funds for ‘ROCKET MAN’, an 11 minute short film directed by Rachel Palumbo whose film “Sapere Aude” premiered at Maui Film Festival and was picked up by Amazon Studios.

Donations through ACF are tax-deductible.

The project is for audiences, artists, mental health non-profits, and media companies who we know crave this type of online narrative content – content that makes people a little smarter and think critically about social and personal norms.

ROCKET MAN is an important project for several reasons. It explores universal themes relating to self-identifying with external conceptions of success, and the confounding challenge of having to focus on your own path while others seemingly get ahead. The project also touches on mental health issues, and as such we’re liaising with non-profits to ensure it achieves its broader social impact as well as its artistic mission.

We’ve assembled an amazing cast and crew of award-winning filmmakers who know how to stretch a dollar and balance artistic merit while serving an audience and story.

We are privately financing the project with our own funds, but need additional support to help us over the line. We are seeking $8,500 to help with production and post.

We’re pursuing excellence, and believe that in a crowded online market it’s important to strive for the highest standards possible if you’re asking for an audience’s time. We want to make sure every frame counts and create a meaningful experience for viewers.

Donations will be used to pay for crew, cast, equipment, location, insurance, permits and food. We’re working with a fantastic group of people and are excited to create jobs with meaningful compensation.

The end result with be 11 minutes of excellent narrative content that will be distributed through a strategic festival and marketing rollout plan, in partnership with media companies and non-profits. It will also be used to leverage a plan for a feature film. 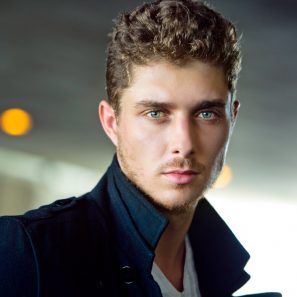 Alex Cubis is an Australian actor/writer/producer. He recently created the award-winning digital series “Masculinity in Crisis” (Amazon Video), profiled on Huffington Post, Bello Mag and International Business Times, and the award-winning mockumentary web series “Unverified” (Funny or Die), profiled on FilmInk, Tubefilter, The Daily Fandom and WeAreSensei. Alex also hosts the podcast “Honest Conversations with
Alex Cubis” which was picked up by NOVA Entertainment in Australia, for which he has interviewed successful creatives Suzi Yoonessi (Director, Duplass Bros’ “Unlovable”) and Jay Ellis (HBO’s “Insecure”) among others. Acting credits include “Dear White People” (Netflix), “Rake” (DirectTV/ABC), “Mako Mermaids” (Netflix/Disney) and feature film “Just Within Reach” with Lenny Von Dohlen and Estella Warren. Alex also performed a lead role for the National Theatre of Parramatta at Riverside Theatres in Sydney, directed by Wayne Harrison AM and Jeneffa Soldatic. He is currently developing a film, play and TV show. 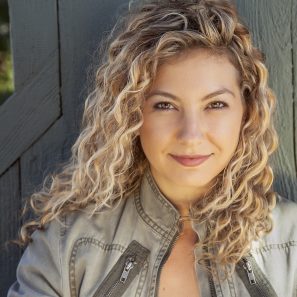