The film explores the contemporary dilemma that millennials face of following their dreams while remaining financially independent. The sad truth is that many young people today are unable to reach their full potential in their chosen industry as they are unable to support themselves financially.

The story that we’re trying to tell through the film showcases the risky situations that people will put themselves into so that they can support themselves independently. Furthermore, Respect The Kink demonstrates the power differences between men and women and in doing so will dramatize the battle of the sexes.

Why is this film important?

There are typically more men in feature roles across the film industry than there are women. That is why this project is important to support as Respect The Kink has three strong female leads which is uncommon. While we want the film to make you laugh, we also want you to question, “how and why did these girls get themselves into this situation?”.

Given the strong role of women throughout our story, we would like to make this a strong female crew. In a standard cinema crew, only 22.6% of the members will be female.

Your donations and support will help us to focus on production design, costumes, props, camera equipment, catering for our crew and actors and post-production design. Additionally, donations will also allow us to hopefully pay our very talented crew and support their careers as new emerging creators in the Australian film industry.

All donations over $2 are tax-deductible.

Thank you for your support! 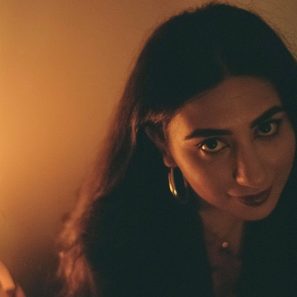 My name is Shadi Soheili and I’m a first generation Australian who is passionate about creating films within the Australian film landscape. From a young age I knew I loved storytelling and how films have the ability to transport you to a different world. I was constantly inspired after watching films with always re-enacting what I could remember after I had finished watching.

As I grew older I realised that the directors who inspired me were predominantly male and that most of these stories didn’t feature bold, ambitious women. I think this needs to change.
My experience working on numerous short films as well as an Australian feature film has only grown my desire to get behind the camera and make these stories come to life.

Check Out Our Social Media!

We’re so thankful for each dollar that has been raised so far! To keep up to date/know more check out our social media – https://www.instagram.com/respectthekink_shortfilm/