Emma is an artist living with bipolar disorder, attempting to wade her way through another day of depression. In an event that cracks the frail ice that is her mind, so begins the psychosis, hypomania and the unrelenting current of a rapid cycle. Emma must catch her breath to survive against the current of a disconnected reality, or risk being drowned by her demon.

My short film ‘RAPID’ gives an honest portrayal of bipolar disorder, derived from my personal experiences in an unflinching and completely ‘bare my soul’ type of project. As an artist living with bipolar, I feel it is my responsibility to paint as accurate a picture as I can, in order to bring light to a topic matter so laced with misunderstanding.

Ever ended up in your own personal musical number in the middle of a grocery store? Had to face a literal demon circling you? Perhaps you’ve watched a world of technicolour take place in front of you without the help of a kaleidoscope? Welcome to ‘RAPID’, where what goes up…must come down.

‘RAPID’ brings together an award-winning crew with cinematographer Rhys William Nicolson from Apostle Digital (Pseudomonas, Wyrmwood 2), producer Curtis Lee (Yesterday My Dead Boyfriend Messaged Me on Grindr), and production and costume designer Ella Deane (A Modern Romance). This group of filmmakers have collaborated on several productions and have a deep understanding of how to create captivating work.

WHAT IS RAPID CYCLING?
Rapid cycling is a phenomenon that affects just a small number of people living with bipolar disorder. It is marked by very frequent mood swings of extreme highs and lows multiple times in a year. For our protagonist Emma, the cycle of psychosis, hypomania and depression takes place more “rapidly” over the course of just twenty-four hours.

WHY DONATE
The aim of this film is to raise awareness of rapid cycling and challenge stigma surrounding bipolar disorder. Whether you’ve been affected personally or second-hand by mental illness, you know it can bring up feelings of shame, isolation and confusion. Seeing our stories on screen gives invaluable education and insight, and connects the community.

‘RAPID’ will be screened at national and international film festivals, and subsequently on a platform where it can be accessible to all.

For all enquiries please don’t hesitate to contact me at isabel.c.dickson@gmail.com 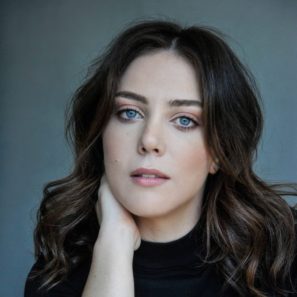 Isabel Dickson has been carving her name as an actor in the Australian film and theatre industry over the last 8 years, with her work being screened at festivals such as Cannes and the Los Angeles Film Awards, and available on platforms including Amazon Prime and Ozflix.

8 years ago, she was also diagnosed with Bipolar Type II Disorder. Navigating her early twenties with a mental illness proved to be a challenge, but she found her experiences actually allowed her to delve into her storytelling with deeper empathy, understanding of human nature, and emotional awareness.

The habitual monotony at an empty-container storage site is disrupted when a container full of valuable consumer goods is accidentally dropped off.