I am the first artist commissioned by SGM to undertake an artist in residency (presently unfunded). My artwork is all about the HEART and is ambitious by nature!

I will use the worlds first digital stethoscope to sample heart beats.
The heart beats will create a live “pulse”.
This pulse will form a percussive symphony which will guide the composition of music for cello, piano and electronics.
I will synchronise the heart beat with beautiful visual images of a beating heart, which will pump in real time with the music.
I will video document the whole project.

WHO FOR?
This work will be performed live at SGM’s opening on 2 August.

ABOUT SCIENCE GALLERY
Science Gallery Melbourne is a dynamic new model for engaging 15-25 year olds with Art and Science. One of only eight nodes worldwide, it forms part of the Carlton Connect innovation precinct set to open in 2020.

WHY I NEED YOUR SUPPORT
As this is the first ever pilot, there is no funding allocated to the artist in residency.
That said, I have been chosen, via a competitive public call out, to co-develop a program that not only contributes to my own career development, but creates benefit for other artists and researchers in the field.

And so I am reaching out to you, as it is my desire and responsibility to pursue my work as it represents the future of Art + Science collaboration in Australia.
You can be part of this important shift.

HOW THE MONEY WILL BE USED
All donations over $2 are tax deductible, and your donation is more valuable than you can imagine!
Money received will directly support the development of the new work, and time spent with my world class team of collaborators:

These include:
Cardiologists from St Vincents Hospital
SOCIAL NUI and Microsoft Research Institute
Mentorship of students from the VCA and Conservatorium
Mentorship of medical students
And further support the acquisition of musical instruments I need for my performance. 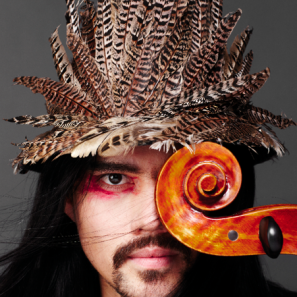 I am a multimedia artist, classically trained musician, composer, and cultural advocate based in central Victoria and working internationally.

An active collaborator, I am committed to exploring projects at the intersection of art, science and technology, through the medium of sound and tech innovation.

In 2017, I was the first commissioned artist by Science Gallery Melbourne to co-pilot an artist residency, culminating in an experimental performance for the opening of the inaugural exhibition BLOOD. I mentored music students from the Victorian College of the Arts, collaborated with Microsoft’s SocialNUI medical research unit to create visual animations, and then toured the project in Australia and Japan as part of its creative development.

In 2016, I became the first Australian employed by the Moscow State Conservatory as a researcher and musician in the groundbreaking field of music and genetics. I secured a Creative Victoria grant to support my fellowship and a world premiere performance
in Vienna. My first scientific article was published in the Moscow Journal of Biomedical Radioelectronics last year.

In 2015, founder and Artistic Director of MOFO Brian Ritchie recommended my work for a Space Art Commission “Forever Now”, selected by curators for transmission from MOFO into outer space.

Musically, I have self-produced 5 releases through my creative think tank and label “contrapuntal”, established Tokyo 2008, as well as numerous international experimental collaborations. I also participated in a sound-art exhibition in Tokyo with Yoko Ono. I have been featured in Good Weekend, Rolling Stone Italy & Russia, AMICA, and GQ Japan. VICE (THUMP) Australia premiered my music video in 2015.

In the emerging field of sound art I have presented at the 20th Century Museum (Milan), undertaken an artist residency at The French Embassy (Tokyo), NGA, The Arts Centre, NGV, headlined MOFO 2013, and performed at the opening of Manifesta 10 by special invitation from the Hermitage Russia.

Alongside multiple commercial partnerships, I am a Yamaha Australia Artist and sponsored by Ableton.

Every year the Darwin Fringe invites hundreds of artists from every genre out into the limelight. Presenting over 150 individual events in 2019 we're asking for help to go beast mode in 2021!