Imagine the satirical quirk of The Office (American), fused with the pretence and sophistication of Suits, meets ‘coming of age’ comedy-drama Sex Education. The dialogue is sharp and witty, and the scenes are fast-paced and engaging. In this series, the characters’ ‘privilege’ and sense of entitlement is the butt of the joke, yet there is a surprising warmth, rawness and relatability in their depiction.

In November, we will be shooting the first episode of this six part comedy series.
Our goal is to use the pilot episode, funded in part by this campaign, to pitch the series to networks, streaming services and distributors both nationally and internationally.

This is a comedy that asks big questions. It deals with the way generational, educational, gender, racial and financial privilege impact a student’s pathway during their studies and in the wider corporate world. In particular, it points out the way in which a student’s job opportunities are shaped by their backgrounds, perpetuating the cycle of wealth distribution in Australia. This project aims to encourage all viewers to explore how their privilege has influenced their entry into the ‘real world’.

With 1.5 million people attending Australian universities every year, a series like this is long overdue. If you too are sick of watching American college shows, please donate what you can to help us bring Privileged to life!

Due to the unpredictable climate that we find ourselves in, many of our team members have been left without work or adequate government support. We hope that this project will not only springboard us forward to the next level of our careers but also enable the creation of future work, beyond the challenges we are currently faced with.

The team has been working so hard for months to bring this project to life. We know with the right funding and support we have the bones (and flesh) to make something genuinely funny, heartfelt and unique, for a wide Australian audience.

Your funds will go towards helping us with production costs such as:

These things will all help to make Privileged look as schmick as possible.

Everyone is working on this project on a volunteer basis, and any extra funds will go towards paying our fabulous cast and crew.

We appreciate that not everyone has the financial means to help launch Privileged but would still love to see it actualised. So, fear not, you can help us out and spread the word about the series by sharing a link to this fundraiser, telling all of your friends, and forwarding us memes to boost team morale on those long shoot days! 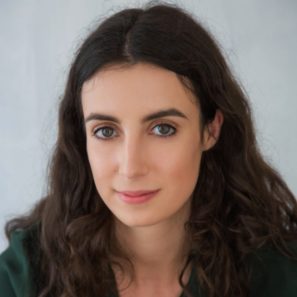 Simone is a recent Law/Arts graduate of the University of Sydney, as well as an actor, writer and producer. She studied acting at the Atlantic Acting School New York, and is currently a student of the invite only Masterclass at Anthony Meindl’s Actor Workshop.

Simone has worked on various film, television and theatre projects including award winning shorts “The Forgotten Tree” and “Routes”. She has performed as part of the Sydney University Drama Society, as well as being a performer and writer for the Sydney Law Revue at Seymour Centre, which she produced in 2019.

In January 2020, Simone produced the world premiere of the all original Australian musical, 1984! The Musical at the New Theatre. She then went on to Assistant Direct the USU Revue before it’s unfortunate shutdown due to covid-19. A half hour comedy series that she created and will star in is scheduled to shoot later this year.