“Led by a mesmerising all-women troupe, we were pulled onto unfamiliar ground and into the desert country we all call home, yet rarely create the space to truly explore in mind or in movement. What felt undoubtedly overwhelming was that Alice Springs as a place was omnipresent in every move – in gestures of floating circles of salt, screams echoing into the rocky chasms and somewhere amongst the intimacy of human bodies surviving in a desert landscape.” Maya Newell, film maker.

The Perception Experiment examines molecular and sound phenomena, and explores our physical experience of time and space – stretching and contracting it – highlighting the fleeting nature of live work. The work encourages audiences to examine their experience of the physical world, blurs its edges and are offers an alternative view of how we might navigate through it.

GUTS Dance has been invited to perform The Perception Experiment at Dance Massive in Melbourne in March and at Festival Cultural de Mayo in Guadalajara, Mexico in May 2019.

Both festivals are highly regarded, with rigorous artistic programming. This will be the first time our work has been programmed nationally and internationally; it is an honour to have been approached by these festivals and a testament to the quality of the work we are producing.

It’s incredibly rare for independent work to be able to tour for a number of reasons. The costs involved in the transporting people and equipment from remote Australia are especially high. It’s also particularly difficult to be included in major festivals due to the perceived risk of programming lesser known artists.

We are seeking donations to assist with the costs of touring. We have been lucky enough to be included in the Creative Partnerships Australia’s MatchLAB program, which means that the first $10,000 of donations made towards GUTS and the touring of The Perception Experiment will be matched dollar for dollar.

The donations will be used to cover the large costs of travel for our touring party of 6, and associated accommodation and living away from home costs incurred whilst travelling.

Any donation, large or small, will be massively appreciated!

Also, any extra funds we raise during this campaign will go directly back into GUTS. This allows us to continue building a strong voice for regional professional dance and developing programs that allow people from all backgrounds, ages and abilities in Alice Springs to get involved – which is our total dream!

If you are interested in seeing more of our work, head to our Vimeo page

Frankie and Madeleine have been creating and performing professional work together for 11 years, practicing experimentation based in dance with a strong focus on collaboration, often presenting work in non-traditional performance spaces.

As performers, collaborators and independent makers, Frankie and Madeleine have worked extensively throughout Australia for companies including Chunky Move and Lucy Guerin Inc. and independent artists Jo Lloyd, Adam Wheeler and Carlee Mellow among others. Internationally, they have undertaken multiple residencies throughout Europe and worked with makers in New Zealand and the USA.

Since relocating their practice back to Frankie’s hometown of Alice Springs/Mparntwe in 2015, Frankie and Madeleine have premiered two new works The Perception Experiment (2017) and The Lost Dance Project (2018) with teams of award winning national collaborators. They were founding members of Melbourne’s 2NDTOE with whom they made work with for 10 years and founded the Alice Can Dance education program in the Northern Territory, which now provides dance opportunities for over 250 young people in public schools in remote Australia each year.

In 2018, Madeleine and Frankie founded GUTS Dance // Central Australia, a new platform for dance investigation, creation, training and exchange based in their home in the Central Australian desert. 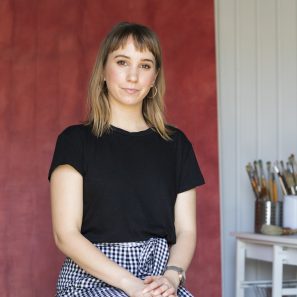 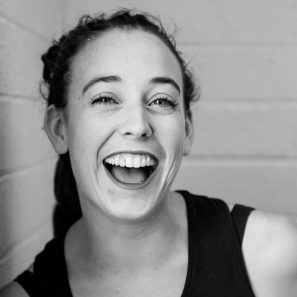