A one-Queen, spectacularly queer tour de force, PARTY SNAKE examines the life and times of a drag queen and her relationship to her art. Starring Melbourne based performer and music theatre veteran Lachlan Martin, the show has performed to sell out theatres in both Melbourne and Adelaide, and received critical acclaim, with numerous ★★★★★ reviews heralding the piece as ‘theatre at its best’ (The Advertiser).

Being invited to take part as a featured event in the 10th anniversary Fringe Festival, PARTY SNAKE is now off to one of Australia’s queer capitals, home of Mardi Gras and the famed Oxford Street – Sydney! To ensure PARTY SNAKE makes the biggest, best, and most fabulous dent it can in the Sydney theatre scene, we need your help to get there and get this show on its heels!

With the tumultuous state of social politics and the human rights that are being fought for world wide, PARTY SNAKE celebrates the rising solidarity of the LGBQTIA community in a way that is honest, vulnerable and compassionate.

An ‘admirable, courageous’ (TheatrePeople) and ‘revolutionary’ (GreatScott) piece, we want to be able to maximise the impact this show can have on our audiences – and that’s where you come in!

The money raised will be used to ensure the creative team make it to Sydney, and helping to cover the costs of travel, accommodation, and publicity to ensure the show is of the highest calibre it can be on a tight budget! The dollars donated will be further used to ensure the safe transportation of the set, costume, and props of the show (wigs don’t style themselves, darling!).

Sydney Fringe Festival is a massive city wide event and it is sometimes hard to get the word out about independent productions, but with your support we can look forward to a sell-out season.

Every little amount donated is welcomed and appreciated. 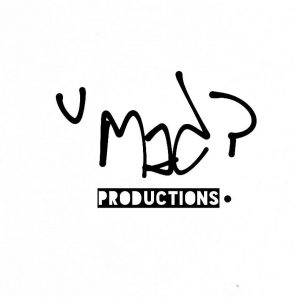 U Mad? Productions arose out of a need to tell stories that haven’t yet had a place in our theatrical history. Conceived by artistic directors Kotryna Gesait and Ryan Stewart, U Mad? focuses on telling the untold, and re-telling the mistold.