“deeply satisfying, beautiful, and haunting. It will leave you happy to be alive.”. THE NOVEMBER BLACKLIST – Monthly Archive for November, 2009 for The Sea.

Jonathan Zwartz is a legend of the Australian jazz scene, everyone’s go-to bass player, a versatile musician who’s played with stars ranging from Lionel Loueke and Pharoah Sanders to Nigel Kennedy and members of the Rolling Stones. He’s also a composer, – his first album, The Sea, won two Bell awards, and his second, The Remembering and Forgetting of the Air, won an AIR award for best Jazz Release of 2013. In a world of instant gratification, and record labels churning out predictable one hit wonders, Jonathan’s music is a tonic for the soul.

So now, in 2016, when he decides he’s ready to record a third album, and invites eight amazing music soul mates to collaborate on it with him, plus Grammy-award winning sound engineer Helik Hadar to mix it, you can be damn sure it will be worth a listen.

This is no run-of-the-mill studio album. Jonathan’s creative process is all about capturing the spontaneity, the energy, the delicacy of the moment – that indescribable feeling, for the band, the audience, everyone, when the music begins to fly. That’s why he and his collaborators – Barney McAll, Hamish Stuart, Phil Slater, James Greening, Fabian Hevia, Julien Wilson and Steve Magnusson – (wow) – will spend an intense few days in September performing live, before taking what they make to the studio.

Jonathan explains: “I grew up in vinyl era. I remember that feeling of listening to an album, poring over the words, the lyrics, looking at the artwork. It was like going on a visual, conceptual as well as aural journey. This feeling has always stayed with me.
I want people to sit down with this album, with these compositions played by all of these incredible musicians and let it take them on a musical journey that doesn’t stop until the last note has been played.”

There are many people making in-kind contributions to the project, but even after the funds raised by the pre-record concerts, the project will still need another $10,000 to get it across the line. It sounds like a lot but, like Jonathan’s music, it’s all about collaboration. Anything you can chip in will be hugely appreciated.

Update as of 26 August

I just wanted to say thank you to everyone that has donated to my project, I’m overwhelmed with the support people have shown, so many positive comments and donations. We’re currently getting very close to the initial target amount of $10,000 and it’s all hugely appreciated. The initial target amount will cover the recording costs (the musicians and the studio), so any additional amount will go toward the mixing of the recorded music with Helik Hadar.

In the meantime, here is a taster of the style of the next album, – although anything can happen!

Many thanks for your generosity. 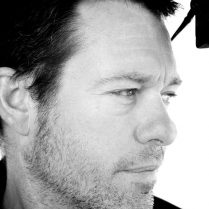 ‘Double-bassist/composer Jonathan Zwartz is one of Australia’s ‘most valued’ musicians. The Weekend Planet ABC

His debut Album ‘The Sea’ was released in 2009 and was awarded two prestigious Bell awards; a follow up CD ‘The Remembering and Forgetting of the Air’, won best jazz album in the Australian Recording Industry (AIR) awards.

Jonathan has a Masters in Music from the Australian National University, an Associate Diploma in Jazz Studies from the NSW Conservatorium and a graduate diploma in screen composition from AFTRS.

He co-produced a ten part series on jazz for ABC TV entitled ‘The Pulse’, in 2000.

Jonathan was awarded an Australia Council Grant in 2014 to study Composition and Orchestration techniques and is currently working with Martha Marlow and the AYO on an album project due for release later in 2016.

Jonathan has been an APRA Ambassador since 2010.