Not Like Me is a sweet, funny and heart-warming coming of age story with a vivid visual design of vegetable carving. The film tackles issues of domestic violence, growing up with conflicting masculine role models and how being ‘different’ is okay.

This ten minute short film is about a twelve year old boy who becomes obsessed with fruit and vegetable carving to escape memories of family violence.

We are very proud to release our promotional video, featuring our amazing cast and talented crew.  All donations over $2 are fully tax deductible for Australian residents. Please help us reach our target to make this very special and important film.

We are raising funds for the hiring of camera and lighting equipment, buying and hiring props and costumes, location hire and catering. Our cast and crew are stage, film and TV professionals who are donating their time and skills to make this project happen, – we believe in it! It has a lot of heart with an important theme which will appeal to a large festival audience.

We will be shooting in June 2018 with a completed film due in August.

How do boys become compassionate and strong men? How can masculinity be congruent with creativity, compassion and sensitivity – traits often associated with women? We teach girls to be strong, but how do we raise boys?

This project is a hopeful and funny look at how a stepfather can support his son, even if their personalities and interests are very different. It’s also about how blood is not always thicker than water, and who we become, is not always about genetics.

It’s about how we are loved.

This film will be submitted into local, regional, national and international film festivals. Although set in Brisbane, the themes are identifiable to many and will appeal to a wide audience. 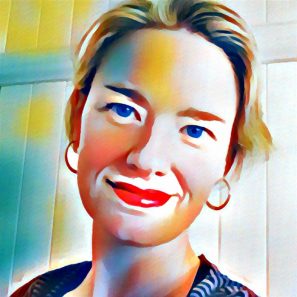 I have a passion for storytelling. In 1995, I graduated with a Bachelor of Visual Arts in Illustration, combining word and image on the page. In 1999, I graduated with a Graduate Diploma in Theatre Design which led to the telling of stories through sets and costumes upon the stage. In 2005, I was awarded with a NAVA scholarship which funded a placement at Europe’s oldest working opera house, Teatro di San Carlo in Italy, as a Scenic Artist.

After several years working in arts education and working as a Conservation Technician at Queensland Art Gallery/Gallery of Modern Art, I further developed my story telling skills through film. In 2015, I graduated from a Graduate Certificate in Screen Production, where I honed my skills in writing and directing. I was awarded with the Griffith Award for Academic Excellence. My first short film, The Last Fortune Cookie was selected for two national film festivals, and my second film Art, Bars & Scars, was selected for four festivals including the Auckland International Film Festival and the Santa Fe Film Festival in New Mexico.

I am currently writing and directing my third film, Not Like Me which will be shooting in July 2018. #Spacebirdmedia