Three people, seemingly disconnected, are ripped from their daily lives and thrust head-on into an evening of pandemonium.

In a series of monologues, we follow three individuals through a landscape of words on a journey from reality to the fantastical. This is the award-winning Terminus by Mark O’Rowe, our first work for 2017, playing from February 21 to March 11 at the Courthouse Hotel, North Melbourne. Starring Scott Major, Emma Louise Pursey and Sarah Clarke. Directed by Shane Savage and produced by Siobhan Connors for North of Eight.

Terminus is the first in a series of four main stage works that form North of Eight’s 2017 Season, entitled Questions. Curated by Artistic Directors Shane Savage and Phoebe Anne Taylor, this series of works have been carefully selected to present an eclectic showcase of Melbourne talent, set against the backdrop of local and international works. NoE’s Season 2017 begins with the ultimate question posed by Terminus: What would you sell your soul for?

“… a feat of storytelling … brilliant, a vertiginous concatenation of assonance and rhyme …” – The Guardian on “Terminus”

North of Eight is the new kid on the block in the Melbourne independent theatre scene, made up of a group of fifteen experienced and in some cases award-winning artists who have trained and worked in Australia, the USA, UK and Europe and have now come together through a shared belief of the power of collaboration and the desire to create the kind of work that reaches out to everyone, whether they regularly attend the theatre or not.

All donations raised from this campaign will be used directly for Terminus, helping us to cover all costs of the production and produce the best work possible. We are starting small but smart, ensuring that we squeeze value for the dollar in all areas. We are able to do this, in part due to the sponsorship offered by The Courthouse Hotel, North Melbourne, where we are also based as one of a handpicked group of Arts businesses housed under their roof, which includes Impro Melbourne, Shakespeare Republic and Crash Test Drama, among others.

The result of a successful fundraising campaign will be a production that is fully supported and able to achieve everything that Director, Shane Savage has envisioned. All our cast and crew are working on a profit-share or honorarium basis to help us establish in this first year, which is very generous and most appreciated. Your donation means that we can keep them in coffee and biscuits and that we can also enact our Marketing Plan to boost our box office return chances and help the company continue to grow going forward.

If you want to know more about North of Eight, including who is in the company, as well as all the information about “Terminus” and our whole 2017 season, you can visit us online here: http://www.northofeight.com.au 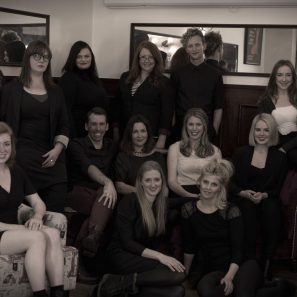 North of Eight is an ensemble led company dedicated to the honest and disciplined craft of storytelling.

Founded in 2016 by practising artists who met through the Howard Fine Acting Studio Australia, we have a collective passion to share meaningful stories that need to be told. Driven to work in a way that will best breathe life into a written foundation, we are committed to exploration and specificity, while endeavouring to always remember the key ingredients – humanity and heart. 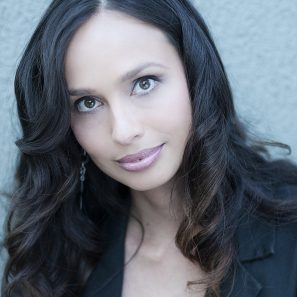 Thank you to all our extraordinary donors! 150% of our total raised! We are overwhelmed and so grateful for your support. Thank you one and all for your generosity! With huge gratitude from NoE.

Thank you to our fabulous donors!

We’d like to take a moment to say a huge thank you to our wonderful donors who have given to our campaign so far. We are so very grateful for your support! With much gratitude from the NoE team