Squabbalogic has curated a diverse, award-winning, enviable programme of theatrical experiences resulting in critical and public acclaim and sell-out seasons. All of this has been achieved on the smell of an oily rag, and until recently without benefit of sponsorship or grants. The independent theatre scene is chronically underfunded, and despite our eager, ever-growing audience numbers, our product is still considered niche and generally ineligible for support.

For the past several years, all artists on-stage and off have provided their professional services to Squabbalogic without benefit of award-wage payment. All artists have been guaranteed a modest minimum fee – averaging the equivalent of a week and a half of a full time wage – for eight or more weeks work against a share in net income.

As we firmly believe in the equality of contribution from our artists, Squabbalogic and its producers do not earn any income greater than an individual artist on any production. Squabbalogic gratefully acknowledges the time, talent and contribution of our artists and volunteers in getting us this far. It is our firm belief that the work we produce contributes enormously to the diverse cultural landscape of Sydney and caters to an important, but oftentimes ignored, segment of audiences who are intelligent, thoughtful, vocal, discerning and fiercely loyal when it comes to the entertainment they consume. We have now reached a point of growth where the quality, quantity and accessibility of our work is unable to continue without much needed financial and in-kind support.

RALLYING FOR SUPPORT
For our 2015-16 Season, we are hoping to raise $150,000 to directly contribute toward artist wages for up to 60 people. The first production in this season, Grey Gardens, requires an additional $30,000.

It is our target to raise $10,000 through the ACF to contribute towards achieving this goal.

Any money raised through this campaign will directly contribute to artist wages for up to 20 people for Grey Gardens.

Exploring the dysfunctional relationship between former socialite Edith Bouvier Beale and her daughter, Little Edie, as they languish in the derelict East Hampton manor known as Grey Gardens, this award-winning Broadway musical is a feast of tour-de-force performances, a gorgeous score, and intimate lyrics that the New York Times Ben Brantley described as “An experience no passionate theatre-goer should miss”. 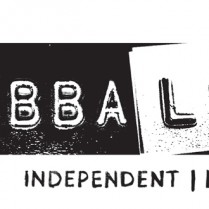 Arguably Sydney’s premier and most prolific producer of intimate music theatre, Squabbalogic has presented an eclectic range of local premieres of the best new musicals and reinterpretations from the canon of outstanding musical theatre.

Our sell-out production of ‘The Drowsy Chaperone’ was honoured with awards for Best Actor, Director, Set Design and Costume Design at the 2014 Sydney Theatre Awards, and our inventive reimagining of the classic musical ‘Man Of La Mancha’ saw Australian theatre legend Tony Sheldon return from Broadway to play the lead role for a limited, sell-out season.

Founded in 2006, Squabbalogic provides a stage for Australia’s finest emerging and established artists to present exciting and dynamic work, while nurturing a vibrant, inclusive professional creative environment. Squabbalogic fills a void by connecting with challenging work and writers often neglected by commercial theatre and sharing it with the community.