Update: Our crowdfunding campaign has come to an end. To all who have donated, a MASSIVE THANK YOU! If you’d still like to donate, please visit www.motherchildmovie.com for more details.

Based on the true story of writer/director Tin Pang’s (The Pale Moonlight) experience as a carer, the film celebrates the incredible bond between a son and his mother after she suffers a stroke. Fraught by physical challenges and psychological shifts, their journey to recovery will be filled with emotional twists and turns, some that may be too difficult to bear. The script depicts a raw, sometimes harrowing conversation between a mother and son.

It’s a story that is all too familiar to many of us, but one that is not nearly represented enough in screen arts. With Mother. Child., the filmmakers hope to bring to light the brave survivors and carers across Australia.

Featuring Lawrence Leung (Network Ten’s Offspring) and Gabrielle Chan (Home Song Stories), Mother. Child. has launched a crowdfunding campaign in conjunction with the Australian Cultural Fund to raise much needed money for production. Shooting is scheduled for December 2016 with a release in early 2017.

Jude Czerenkowski from the National Stroke Foundation has called Mother. Child. ‘a welcome addition to the expression of the stroke community, and we believe, to many others who have been through the life-changing nature of serious illness.’

We invite you to contribute today. Donations over $2 are tax deductible. Join us and help raise stroke awareness in the community!

Your support will contribute to the costs of producing Mother. Child., such as crew, cast, gear, studio hire and production design. It will also help us to market and distribute the film so that we can share this story with other people who have been affected by stroke.

Mother Child Productions is a convergence of Australian filmmakers, dedicated to raising awareness in the areas of stroke and acquired brain injury, as well as advocating for stroke survivors and carers everywhere.

Writer/director Tin Pang has spent the past 8 years writing, directing and composing for film and television. He attended the Queensland College of Art, studying at Griffith Film School. Tin was accepted in the industry renowned USC/Universal Producing and Directing program, completing a gruelling six weeks of intensive filmmaking. His film, THE PALE MOONLIGHT, premiered at the Fantasia International Festival and also screened in Los Angeles at the HollyShorts Film Festival.

Producer Sean O’Reilly has a Graduate Diploma in Producing, training at Australia’s highly selective national screen arts and broadcast school, AFTRS. He has produced content for some of the biggest brands, including Microsoft, Telstra and Optus. Sean has also worked with many of Australia’s biggest social media influencers. He has a passion to be at the forefront of engaging digital content production.

Kitty Pang has also come on board as Co-Producer. She brings her unique voice as a stroke survivor to the film. 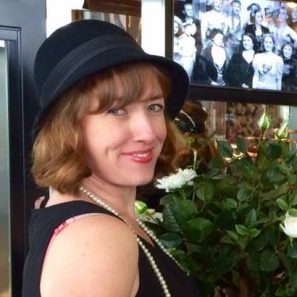 Catch You Next Tuesday 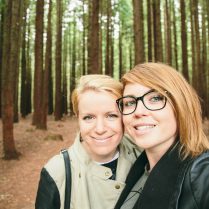 Dept of Education and Training

It’s a wrap on our ACF crowdfunding campaign!

After three months, it’s time to call a wrap on ACF crowdfunding! To all who have donated, a MASSIVE THANK YOU! If you’d still like to donate, please visit www.motherchildmovie.com for more details.