Miss Saigon-Wrong is a new musical that comments on Australia’s immigration laws through the immigrant’s perspective, and shines lights on the social and cultural dynamics within a modern day interracial relationship. The work is inspired by Nguyen’s recent experience of applying to be an Australian citizen, combining with her strong views on the problematic yet ever so popular musical Miss Saigon. This work is looking to be approx. 90 minutes long with 10-12 musical items that are heavily inspired by Vietnamese contemporary music (V-Pop, 00s onwards)

Miss Saigon-Wrong just had a 6-month writing process under the support of Creative Victoria, where writer Chi Nguyen created a first draft with guidance from playwright mentor Michele Lee (Going Down, RICE)

Now, the work is entering its next creative stage, consisting of a script development and reading, and we are seeking funding to accommodate this step.

Miss Saigon-Wrong has a direct reference to Miss Saigon, the most well-known musical about Vietnamese people and culture to date, despite its problematic notions on Asian women needing White men for financial support, the yellow-facing practices and sexist character portrayals, the fact that it was written by White men, and that the lead character Kim has never been played by a Vietnamese actress before. Set in modern Australia, Miss Saigon-Wrong on the other hand challenges racist assumptions around Vietnamese women and depicts a less violent, less misguidedly oriental and more truthful Vietnam through the feminist point of view of our triple-threat, sharp-witted and unapologetic heroine, Kim.

The work is furthermore Nguyen’s creative expression of what the work can be if it was written by a Saigon-born female artist in modern society, adding nuanced and authentic Vietnamese female representation to the music theatre realm.

City of Melbourne’s SIGNAL Arts has generously offered in-kind support for this 3-day intensive script development and reading, taking place in the first week of Feb 2021, in terms of studio space and technical equipments.

The majority of ACF funds will go towards covering artist fees for the involvement of: Writer Chi Nguyen, Director Alice Qin and Performers An Dang, Conor Leach, Clarisse Bonello and Vidya Makan ($500 x 6). The rest of it will go towards hirings for the reading ($50), designing fees of promo images ($150) and documentation of the reading ($200).

After this development, Nguyen will enter Creative Brimbank/ Bowery Theatre’s Be Bold Performance Residency, where she will be bringing Miss Saigon-Wrong under the microscope and working towards a full performance, presenting to artist peers and potential presenters in May 2021. More info on this: https://creativebrimbank.com.au/bowery/beboldartists 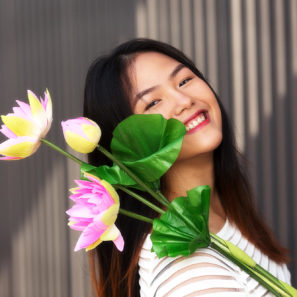 Chi was born and raised in Vietnam and moved to Australia on her own when she was sixteen to pursue the performing arts. Chi is a graduate of The Victorian College of the Arts (VCA) where she received the Grace Marion Wilson Scholarship for Excellence in Acting.

Chi’s most recent screen credit is recurring role Jeanette Dao in Amazon Prime’s original series The Wilds. She also starred in the first ever Vietnamese-Australian comedy web series Phi and Me, released worldwide in June 2019, as well as Elena in Friends Of Mine (AFTRS) and Kim in Dust In The Winds (VCA).

In 2019, Chi wrote and performed a season of her debut solo comedy cabaret LOTUS (Best Cabaret – Melbourne Fringe 2019 Nominee) all about her life as a Vietnamese immigrant in Australia, which was developed through her Artist Residency with City of Melbourne’s SIGNAL Young Creatives Lab 2018. Other theatre credits include Doctor Tam (lead) in Hallowed Ground: Women Doctors In War with The Shift Theatre (toured with Regional Arts Victoria and internationally to Edinburgh Fringe Festival 2019), Lead Player in Arena Theatre Company’s AIR RACE (dir. Christian Leavesley) and Mother Courage in VCA’s Mother Courage and Her Children (dir. Chris Kohn).

She and the Others 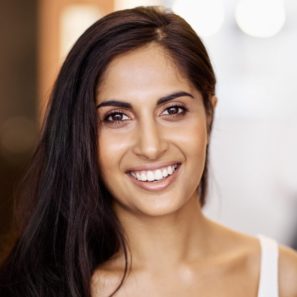