The readings will be part of the 2021 Gunning Arts Festival.

Millicent Armstrong was an Australian prize-winning playwright and farmer who wrote primarily about the experiences of country life in early 20th century Australia. A WW1 soldier settler, awarded the Croix de Guerre in France, Millicent lived and worked on “Clear Hills” near Gunning. Dianna Nixon has been researching Millicent Armstrong since discovering her on Wikipedia when buying a house in Gunning in 2016.

This project is one of a number of long-term explorations being undertaken which are designed to help reclaim lost aspects of our history, culture, and artistic canon. The ACT and Southern Tablelands regions were home to many significant artists (and still are) but this is not as widely known or fully appreciated as it might be. The project aims to bring one these artists and their work into the spotlight.

Bringing Millicent Armstrong’s amazing life story into public awareness, at the same time as reclaiming her artistic and literary legacy makes this project a winner. Its importance to the cultural identity of the small rural town she called her home for so many years cannot be overstated, but it is important as an activity to this whole region and to our wider performing arts industry. So whilst the work is not new, it will be finding a new audience, and be reclaimed as part of the Australian canon.

Donations will be used towards paying the actors and other personnel costs for these premiere readings at the 2021 Gunning Arts Festival. We hope to take the works into fully staged productions in the future. These readings will enable us to plant that seed. 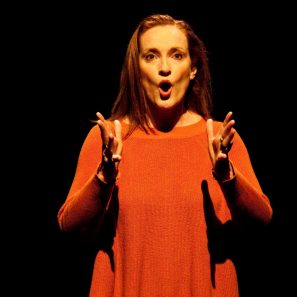 Dianna Nixon established Wild Voices Music Theatre as an umbrella for a range of activities and projects. Her interests lie in the intersection between artforms and in telling stories in the most engaging way possible.

WVMT has completed projects at The Street Theatre, National Zoo and Aquarium (for the Enlighten Festival), Spiegeltent, and National Gallery of Australia, as well as creating short films.

Like many artists in our can-do arts environment, Dianna has also developed considerable skill as a producer and project manager. Projects underway include the continued creative development of the music theatre work, Camelia. 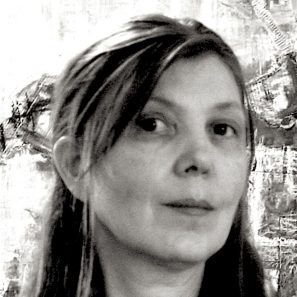 Link to info video I made this past weekend. The link is: https://vimeo.com/407038519 Select 720p or lower in your settings to ensure no buffering issues.

Due to CV19, the Gunning Arts Festival are going online in 2020, then the live events will occur in 2021. So we’ve extended this campaign. Short video coming soon…..

Lexi Sekuless and Chris Carroll in pix that I’ve added. Coincidentally, both pix are of productions of Romeo & Juliet, seperate productions tho. I’ll post biogs soon and will update the project info.