Mercutio and the Prince of Cats is a new play written by Giles Gartrell-Mills, being performed at the Old 505 Theatre in Newtown, Sydney, from 19th-30th November 2019.

It is a brand new play, and a new addition to Shakespeare’s extended universe. We are thrilled to have Bishanyia Vincent directing for the first time and putting all of her stage experience into it.

The play is an absurdist comedy and looks to show these well known characters in a new light and draw out more relevances to todays issues.

The play speaks heavily to male violence and the excuses made for it. It examines the pride that seems to be the fundamental backdrop for so many terrible acts. Through it we look at the ‘software update’ required for these characters to function in the future of society. Can they change? If they can, they will have to deal with their past indiscretions first, including each other!

Beyond that the play explores bigger sociological shifts that take place while many arcane males are busy trying to ‘woke’ themselves. As the space at the top becomes more accessible to a more diverse group of people, what are the pressures that come with claiming that space? How much effort can and should be put into reforming men? Do we just need to wait for that generation to die out?

This is an independent production and we receive very little funding. We are running a small Australian Cultural Fund campaign for anyone who would like to contribute to the production. All funds go directly to cast and creatives, set, lighting, sound, additional marketing – all of the things we need to get a show like this up and running!

We are immensely grateful for any help we receive in bringing this new piece of work to life.

Thanks for taking the time to read this and we hope to see you in November!

Scrappy Assembly is an independent arts organisation based in Sydney and specialising in Theatre.

Our second production Mercutio and the Prince of Cats will be presented at the Old 505 Theatre in Newtown, Sydney in November 2019.

Our name comes from a rescue cat named Scrappy. He was born with few gifts and was sickly from a young age until passing away suddenly at only four years old. What he did have in spades was courage, curiosity and no knowledge of his own limitations.

We look to bring the same attitude to our work. 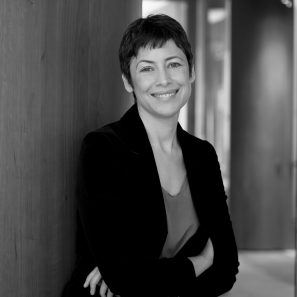