In its 2020 three concert subscription series, the Melbourne Baroque Orchestra, brings the cream of Melbourne’s baroque musicians to the stage.

On Sunday August 9 (to be confirmed) at Church of All Nations, Carlton, leading baroque harpist Hannah Lane (recently returned from Europe) is joined by rising-star soprano Alexandra Toussaint-Jackson and the Melbourne Baroque Orchestra in a program featuring Handel’s beloved Concerto for Harp in its original setting, and music from Saul, Giulio Cesare, Esther and Rinaldo.

Then on Sunday November 29 (to be confirmed) at St John’s Southgate, a concert of String Concertos will feature Josephine Vains as soloist in C.P.E. Bach’s A Major cello concerto (this follows her acclaimed performance of the A Minor concerto in 2018), and Shane Lestideau and friends in the Telemann Four Violin Concerto.

Your donations are deeply appreciated. They help us pay our musicians what they deserve, and enable us to have ample rehearsal time in which to deepen our musical journey…

And at a time and venue to be decided (postponed from May) cellists Rosanne Hunt and Josephine Vains, with violinist Shane Lestideau, curate a seductive selection of baroque chamber works for our annual Music Gala. 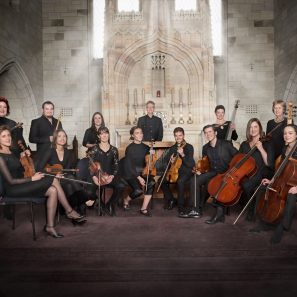 Every great city deserves a great baroque orchestra: The Melbourne Baroque Orchestra was founded in 2015 by Rosanne Hunt (cello), Shane Lestideau and David Irving (violins), David Macfarlane (harpsichord) and Greg Dikmans (flute), and enjoys the patronage of Elizabeth Wallfisch. Foremost on our calendar is our annual concert series (which in 2019 will be held at St John’s Southgate and Toorak Uniting Church). These near sell-out concerts bring audiences outstanding performances of fine baroque and classical repertoire on original instruments and showcase the outstanding qualities of our local players. The Melbourne Baroque Orchestra regularly collaborates with the Australian Chamber Choir, the Choir of Newman College and Polyphonic Voices. The support of the Robert Salzer Foundation, Creative Partnerships Australia ( through the Australian Cultural Fund), St John’s Southgate and our growing family of generous private donors is gratefully acknowledged.