In 2017, the Melbourne Composers’ League celebrated 20 years since the founding of the composer organisation – a collegial group of artists committed to championing the aspirations of the individual within the collective in an effort to reflect the eclecticism evident in contemporary-classical music composition in Australia today.

Nurturing the next generation of young composers is evident in that fact that as the Australian representative body of the Asian Composers’ League (a contemporary music organisation in the Asia-Pacific region) the MCL is responsible for not only selecting but also mentoring and nurturing a young composer under the age 30 from Australia as part of their participation in the ACL festival in one of fourteen countries in the Asia Pacific.

For the 2020-21 season, the MCL would like to propose a Concert Series and International Cultural Exchange Program that will see it expand its connections beyond its Asian-Pacific commitment to facilitate cultural exchanges with two distinct European cultural centres.

One of the significant outcomes of this cultural exchange with the Asociación Madrileña de Compositores (Madrid, Spain) and Albanian Composers Association (Tirana, Albania) is the establishment of an ongoing relationship with two important international bodies, which will in time not only allow the wider community to hear the latest Spanish and Albanian music by living composers, but also present opportunities for the latest Australian music to be heard by international audiences.

The cultural exchange includes two international events: a concert in March, 2020 featuring Australian composers (including composer lectures, masterclasses, and workshops) at the University of the Arts-Tiranë, Albania, and a concert in October, 2020 featuring Australian composers as part of COMA de Música Contemporánea de Madrid in Madrid, Spain. The MCL will present two separate chamber music events in Melbourne in September and November, 2020 as part of the project featuring premier musicians that include Danaë Killian (pianoforte) and Tristram Williams (trumpet), among others.

The music will be by composers of different ages, and of a broad range of styles, so as to promote the diversity of Australian music. It is important to note that the mostly newly-composed Australian contemporary works for a variety of instrumental groups will provide an opportunity for local composers to produce unique music at the highest levels of artistic prowess with a capacity to nourish Australia’s cultural legacy.

Melbourne Composers’ League concerts are well recognised and respected in Melbourne and elsewhere for their standard, their richness and diversity. The target audience is general music lovers of all ages. The donations will support the presentation of the MCL’s two Melbourne events (part of the venue and performer costs).

For further information, please visit the MCL website, which provides a great overview of the Melbourne Composers’ League events in the past twenty years. 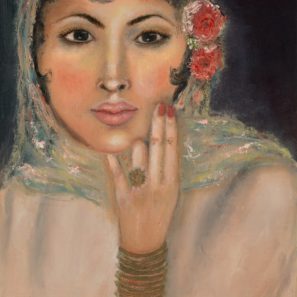 The Melbourne Composers’ League is a non-profit organisation with charitable status, which promotes the indigenous and art music of Australia in an Asian Pacific context.

Since its inception in 1997, the MCL has presented 611 works in concerts, comprising 496 compositions from Australia, 90 from the Asia-Pacific region, 18 from Europe, 4 from Latin America, and 3 from USA. Forty-two concerts have been presented which juxtapose the music of Australia with that of another country, including music from Chile, China, Germany, Hong Kong, Indonesia, Israel, Italy Japan, Korea, Malaysia, New Zealand, Philippines, Romania, Russia, Taiwan, Thailand, Turkey and USA. Many of these concerts have been recorded and broadcast nationally on radio stations ABC Classic FM and 3MBS Fine Music to a wider audience.

We invite you to consider supporting the 25th anniversary season of WA's only professional choral ensemble.

WAYACHAMP's 2020 Spring Program offers students aged 10 - 17 the unique opportunity to engage with music on a deeply enriching level - to the benefit of their musicianship, general life skills and well-being.