I have been accepted into the Master of Music in Choral Studies at the University of Cambridge, in the vocal stream, and will be moving to the UK in just a few short months. Alongside studying for the degree, I will be singing with the Choir of King’s College, one of the pre-eminent choral institutions in the world.

To study at such a prestigious institution as an international student understandably attracts a considerable cost and any donations will go towards tuition and maintenance expenses for the course.

The University of Cambridge and its world-famous collegiate choirs provide an exceptional environment for aspiring choral musicians to develop the practical skills and scholarly expertise valuable for a professional career, including individual vocal tuition, ensemble performance classes, and regular seminars with world leaders in the field.

I have had many wonderful musical experiences over my life thus far, but there comes a time in every young musician’s development where broadening their musical horizons is crucial. As I develop as a musician, and endeavour to remain on the path of the well-rounded musician, I can think of no better environment than Cambridge to grow as a singer, composer and conductor. To sing in a choir such as the Choir of King’s College is a dream of many a young chorister and a simply unparalleled opportunity.

To study at Cambridge would allow me to refine my craft surrounded by a tradition of elite musicianship, while also giving me exposure to an international forum of ideas where I can share my distinct Australian experience. I hope to bring the knowledge and practical experience gained home to share with artists in Australia, to promote passion and confidence in Australian music, and to one day make a lasting contribution to the Australian musical landscape.

I have been applying for an array of grants, as well as focusing on my personal savings, but the costs associated with study as an international student are substantial (and work is not permitted whilst studying); so now, I ask for your help in supporting this incredible experience. Any donation, no matter how small, will help make this dream a reality. All funds raised will go toward the costs of tuition along with moving to and living in Cambridge.

I am immensely grateful for whatever support you can provide. 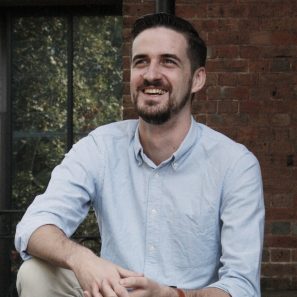 I am a Newcastle-born, Sydney-based singer, composer, pianist and actor.
Since moving to Sydney to study my Bachelor of Science (Advanced) at Sydney University, I have been an active member of the singing scene in Sydney, performing regularly as a soloist and chorister with groups such as The Choir of St James’, King St; The Song Company; Pinchgut Opera; Cantillation; Sydney Antiphony; Sydney Chamber Choir; Hallelujah Junction; and the Choir of St Paul’s College, Sydney.

As a composer, my work has been commissioned and performed by Gondwana Choirs (including a 2017 commission that was premiered in the Sydney Opera House in collaboration with the Vienna Boys’ Choir); The Choir of St James’ Church King St; The Leichardt Espresso Chorus; The Hunter Singers; Moorambilla Voices and the Combined RSCM Children’s Choir. In 2016, I was the winner of the Liturgical Division of the Australian Catholic University’s Isabel Menton Composition Award and in 2018 was awarded the University of New South Wales Willgoss Choral Composition Prize.

I have also completed his A.Mus.A in Piano Performance, been an actor, director and repetiteur for numerous dramatic productions, and worked in Operations for Gondwana Choirs and The Song Company.