For the past 10 years I have worked professionally in Musical Theatre on stages across the United States, the United Kingdom, Europe and at home in Australia. Performances you might have seen me in include the young lover Lun Tha in The King And I for Opera Australia or as a part of touring vocal ensemble The Ten Tenors. It was during my time with Opera Australia that I developed an interest and a respect for the opera repertoire and the challenges and beauty of this way of singing. It is at this point in time that I feel the pull to take a bold step and study abroad.

I am now seeking support to undertake a Master of Arts in Advanced Vocal Studies at the Wales International Academy of Voice (WIAV), in Cardiff, Wales. The program commences in September 2019, where I will be working closely under the direction of acclaimed tenor Mr. Dennis O’Neil and his highly skilled team. It is through this program that I hope to take my voice to the next level and reach the heights that only opera can achieve.

I am honoured to be one of a few participants in the world selected for this unique program. My instrument is at the prime age to develop into vocal maturity for opera, and being able to work with and alongside one of the most established performers and educators in the lyric tenor repertoire will be paramount to my development.

It is through the support of my close family and friends that I have been able to raise a significant amount of money to cover the costs associated with studying and living in the U.K. for a year. In total, the amount needed is $40,000 Australian dollars and includes course fees , living expenses, accomodation, transport and flights. With a month left before I depart for Wales, I am seeking your support to help me close the gap of $8,500 remaining in my budget.

All funds raised through the Australian Cultural Fund will go directly to support me in my studies at WIAV.

If you would like to see me in action, I am holding a fund raising concert on Saturday the 24th of August at St George’s Anglican Church, Malvern. “I have dreamed…” will be an evening of Opera and Music Theatre and will feature some of Melbourne’s great talents.

For more information on me or my concert, you can visit www.facebook.com/adrianlidonnitenor/ or book at www.trybooking.com/BDYME

Thank you kindly your time and support, 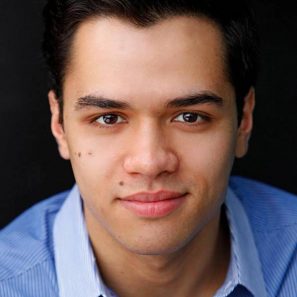 Adrian is an operatic tenor in-training.

Adrian has played the ill-fated lover Lun Tha in The King and I for numerous companies across the globe to much critical acclaim. These include the newly restored The King and I for Lyric Stage in Texas; for The Production Company in Melbourne; an UK/Ireland tour for Curve Theatre and in the more recent Opera Australia national tour (Sydney Opera House debut).

For the past 2 years, Adrian has been a member of Australian recording and tour group The Ten Tenors, completing multiple national and worldwide tours. These tours include The Power Of Ten (Australia, New Zealand, USA, Argentina), Home For The Holidays (USA) and Wish You Were Here (Australia). He appears in their most recent album titled Wish You Were Here (Sony Music Australia).

Favourite productions include: Jesus Christ Superstar in Slovenia; Disney’s Beauty and The Beast (Le Fou) at Melbourne Zoo; The Art Centre Gold Coast’s production of Miss Saigon (The Engineer) and Stephen Sondheim’s Pacific Overtures (Kayama) for which he received a Greenroom award.

Most recently, Adrian made his Sydney Theatre Company debut in Muriel’s Wedding, directed by Simon Philips. 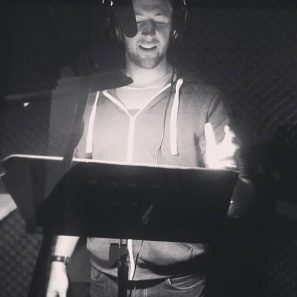 The Lorelei & The Siren (New Musical)

The Lorelei and The Siren is a New Australian Musical. Currently in first draft form, funding is sought to workshop the script and music to the next stage of development.