A supernatural cyber/thriller/romance where Wuthering Heights meets The Ring – MAGPIE is a tale of grief, love and hope that asks if the only way forward is to stop looking back – and if the very thing we fear is what will ultimately save us.

The story also grapples with the complex yet universal issues surrounding people unable to engage with their fellow humankind during a global lockdown. MAGPIE delivers a powerful message around our need for connection – and that in the end it is loving and being loved – that will save us.

MAGPIE is a story with global market appeal – and offers a rare and unique opportunity to become involved with a finely crafted, beautiful yet chilling feature film.

This project has been developed and will be implemented by a team with a proven track record – having recently produced the supernatural thriller, THE UNLIT. This team is well positioned to produce MAGPIE, and to maximise existing relationships to see the film through distribution and sales – thereby significantly increasing the chances of success.

MAGPIE is due to commence shooting early 2021.

Since the advent of the COVID-19 pandemic, the film industry in Victoria has all but shut down. Simultaneously the consumption of content via the online platforms e.g. Netflix, Stan, Amazon Prime et al has increased.

This will create a vacuum that can be filled by film content that is designed to be shot amid restrictions.

“There are opportunities in every sector of the industry. There really is no greater time — wherever you live in the world — to be in film and television. BUT it’s time to innovate and hustle.” – Prepare for the Death and Rebirth of Hollywood, Richard Janes, medium.com, May 1, 2020

Now is the time to make a low budget, beautifully crafted film – inspired by, and set during a lockdown.

A film that will talk to people that have experienced lockdown – and the challenges that has brought.

MAGPIE is a finely crafted, beautifully told screen story that will resonate with a strong niche audience both here in Australia and across the globe – particularly in the wake of a global pandemic.

Ideally this film will feature in prestigious international film festivals (pending lifting of restrictions during 2021) before going on to cinematic release and to the streaming platforms e.g. Netflix, Amazon Prime, Stan.

To find out more visit: 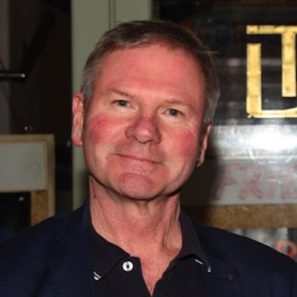 Darren started out as a playwright, working alongside people such as acclaimed actress Diane Cilento and Oscar nominated Tony Shaffer before becoming a screenwriter/brickies labourer.

He completed his first screenplay LILLY, and travelled to Los Angeles where he got lost in a giant martini, somewhere on Sunset.

On returning from LA, Darren wrote, produced and directed the pilot episode of THE BLESSED – an eight part television series , before going to develop a slate of feature film projects including THE UNLIT – a supernatural thriller due for release in 2020.

Darren’s psychological horror script, THE TUTOR, did the rounds at Cannes 2016 and is slated for production during 2021. His Icelandic saga – THE PLOVER’S CRY is presently in development. 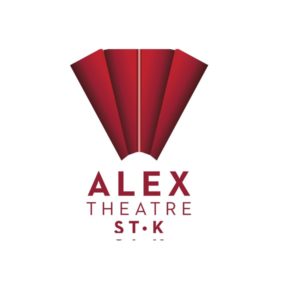 Rob Savage’s HOST – shot entirely on Zoom – is now the number one streaming film on the planet. This is great inspiration for films set and shot during lockdown – including MAGPIE. It can be done!

MAGPIE has found its leading man!

LORNE FILM is thrilled to announce respected Melbourne actor LEE MASON has accepted an invitation to play the lead role of ‘Jack’ in its exciting feature film project, MAGPIE. Welcome aboard Lee!