The inaugural Mackay Chamber Music Festival (MCMF) will take place from the 20th-22nd July 2018, bringing to the Mackay Region chamber music performances and workshops of the highest quality.
The festival will feature some of Australia’s finest musicians who are members of, or regularly appear with ensembles such as the Leipzig Gewandhaus Orchestra, the Australian Chamber Orchestra, the Lyrebird Trio, as well as all of the professional major Australian symphony orchestras. All of the festival artists regularly play at numerous festivals nationally and internationally.
Over the weekend, the festival will feature these musicians in a series of four concerts, held at the beautiful heritage listed Masonic Temple in the centre of Mackay. The festival will include two masterclasses for local students, a professional development talk for local music teachers, and a local interior designer will be employed to enhance the performance space.

Artistic Director Glenn Christensen writes: “When I was growing up in Mackay, I experienced a great deal of excitement in the local arts community when exposed to professional artists and performances. The MCMF will see interaction between people from the local arts and music scene with some of Australia’s finest professional musicians, and will foster a feeling of community, friendship and fun. By bringing this event into an intimate performance space, the festival will bring the local arts community closer together, and enable them to interact with professional artists.
This festival aims to encourage the growth of the arts and classical music in Mackay and the surrounding regions, and will provide an opportunity for the local community to attend performances of a world class standard. The educational opportunities for students and teachers are not readily accessible in the region, and I’m so excited to give something back to the community that gave me so much”.

Establishing any new arts event is a huge expense, and the costs involved in this festival are significant. Such costs this year include: payment of artists, piano technician and interior designer; flights and accommodation; piano transportation; insurances; marketing costs; venue related expenses, including lighting and staging hire, as well as other running expenses. Any donation will be put towards ensuring the continued success of this festival.
Typically the Australian arts and classical music landscape is based in capital cities, and regional communities often don’t receive the same attention. The festival will become an annual event and will be a welcome addition to Australian cultural life, with particular focus on and benefit to regional areas. Your contribution will make a significant difference to the local arts community in Mackay and surrounding regions, and will help make this festival an ongoing success. Please visit our website for all the details. 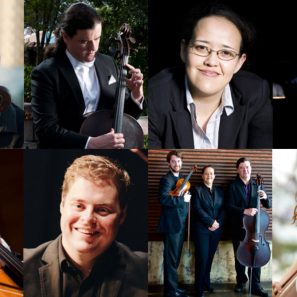 Following on from the a sold out inaugural Mackay Chamber Music Festival (MCMF) in 2018, the second MCMF will take place from the 19th-21st July 2019, bringing to the Mackay Region chamber music performances and workshops of the highest quality. Australian violinist and former Mackay local, Glenn Christensen, is the Artistic Director of the MCMF, and is bringing to the region some of Australia’s finest musicians to perform. These musicians are members of, or regularly appear with ensembles such as the Leipzig Gewandhaus Orchestra, the Australian Chamber Orchestra, the Lyrebird Trio, the Berlin Philharmonic, as well as all of the professional major Australian symphony orchestras. All of the festival artists also regularly play at numerous festivals nationally and internationally.

The MCMF is proud to support the growth of the arts in the Mackay region, and believes passionately in music education. As such, the festival will feature 10 musicians in a series of four concerts, held at the beautiful heritage listed Masonic Temple in the City Heart of Mackay. The festival also incorporates a strong educational element – the festival artists will lead multiple masterclasses and professional development sessions for local strings, wind and piano students and their teachers. Thank you for your support, and we hope to see many of you in Mackay! 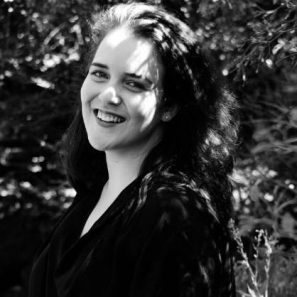 Thanks to everyone who’s donated so far! We’re progressing nicely towards our target…Your donations, no matter how big or small, all help towards the success of this inaugural festival. Thank you!!

Mad Bitches Inc. is a female cabaret show with a generous helping of wild performance poetry and cutting-edge theatre.