“Like How I Remember” is a 10minute graduation short film set in the late 90s. It’s about navigating the complexities of grieving the loss of a loved one as a second generation immigrant.

The story centres around a young boy Lee and his mother Mama who usually go to temple on the anniversary of Lee’s father’s passing. However life and responsibilities get in the way, forcing Mama to choose between honouring her late husband or ensuring the care of her son. Lee must learn the weight of his mother’s responsibility and that living in the memory of his past is suffocating their relationship.

Our crew is predominantly female with all key creatives coming from an Asian background, practicing authenticity from conception to creation. As a graduation film from the Australian Film Television and Radio School, this short serves as a culmination of our three years of studying screen production.

I have chosen to pursue this project because it speaks to my own personal experience growing up as an Asian Australian. Furthermore, this is an ode to all first generation immigrant parents whose sacrifices have shaped the lives of their children. This is a thank you to all those parents whose hard work and struggles weren’t appreciated by children who were too young to understand. And now, as an adult, I want to be able to communicate my personal thanks to my own parents.

Your support to this project will not only help bring this story to life, but it will support the careers of the up-and-coming talent of the Australian film industry, and create momentum around the emerging voice of the Chinese Australian experience. We will be entering the film into domestic and international film festivals to further the reach of diverse voices and cement the demand for future stories of this nature.

HOW THE FUNDS WILL BE USED

Your donations will go towards the actual production costs. As we are in the middle of pre-production, your funds will be used for the onset production costs including locations, production design, catering, logistics, equipment hire, and distribution. 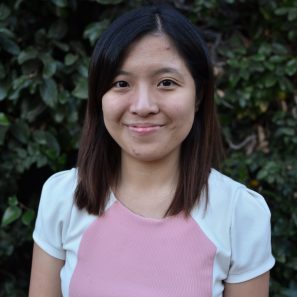 Claire Ma is in her graduating year of the Australian Film Television Radio School (AFTRS). During her time at AFTRS she has worked on multiple productions, in particular roles of directing, producing, and 1AD. She is also known to some for her earlier award-winning works, “Silence” and “Home”.

This film will act as a calling card for Claire’s future career goals. She is interested in creating heartwarming stories about different cultures and the complexity of relationships. Claire, herself is an immigrant who resonates with the family story of “Like How I Remember”, which is why she believes in the reach of this story.

LMN (Label Me Not Australia)

The answer is: YES! 😃 Some of you are still keen to donate & whilst we’ve reached our goal, every extra dollar counts & we will budget it wisely. 5% of our final donation goes towards ACF, thanks!

Unbelievable~ Our team is awestruck that we have reached 100%. To our latest 2 donors, THANK YOU! & to our final donor- We are grateful & your anonymity makes us curious, do we know you personally?

Hello everyone! A big heartfelt thank you from our whole team, to all our donors, family & friends who have shared the word around. 6 more days left for this campaign.. let’s do this! Much love X