The sun begins to set in suburbia as young Jake remains, waiting to be picked up from school. An absent mother has forced older brother, Brady, to eventually arrive in the family car. The brothers’ troubled home life soon becomes disturbingly apparent as Brady works to shield Jake from the realities of their broken home, fuelled by a growing confrontation with an unbalanced, depressive mother.

The film, based on real events, is a character study that follows two adolescent brothers as they are forced to navigate a broken home and a sole parent that suffers from an undiagnosed bipolar disorder, perpetually fuelled by an abuse of alcohol.

From the outset, our goal with this film was to explore the direct ramifications that mental disorders, if left untreated, can have on immediate family members.

The power of film lies in its strong reflective abilities. Through perspective, story, and craft, they allow us to elongate critical moments and help us in trying to understand something more about ourselves and others. Details we often miss in everyday life.
‘Legoland’ will harness that power to explore current social and behavioural issues surrounding mental illness and family.

‘Legoland’ will bring together an award-winning crew including Cinematographer Lucca Barone-Peters (Suburban Wildlife, Mukbang), and Producer Patrick Jhanur (Riot, I Am Woman), as well as feature an exciting young cast of Australian talent including Alison McGirr (Ladies in Black, Penny Dreadful), and Tom Wilson (Home and Away, Backpedal).

After submitting the film to national and international film festivals; our goal is to further develop ‘Legoland’ into a feature length film.

Your donations will go directly towards all production and post-production costs, allowing us to utilise top talent and resources to make sure ‘Legoland’ is seen and felt by audiences both here and overseas.

Any and every financial donation, big or small, is so greatly appreciated.

We can’t wait to share ‘Legoland’ with the world.

If you have any questions please don’t hesitate to contact adrian.giribon@gmail.com 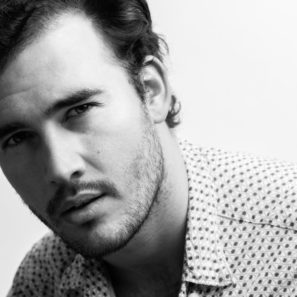 Adrian is an Australian actor and filmmaker.

High-school students; Wanda Guinevere and Sullivan Zuber must work together to investigate SRC President Jonathan's scandalous affairs and bring him down upon discovering his involvement in an embezzlement scheme.