A lost voice, a broken mirror and a journey she will never forget … help Mathilde on her quest!

Mathilde, a mute French orphan, helps to protect Madame B, the most superstitious lady in the world, from all bad luck. Both have developed their own coping mechanisms to deal with extreme loss. When Mathilde breaks Madame B’s most prized possession, a magical mirror, she goes on a journey to fix it. Along the way, she meets 12 year old Tobias who is wise beyond his years and helps to fix both the mirror and herself in the process.

The story will be brought to life by motivated Sydney Film School thesis students. We are currently in pre-production for the film which will be shot across 3 days in early October. The film will be finished in December 2019.

At its core, the story is about finding your voice and, more importantly, not being afraid to use it which we believe is an important universal message to spread. We are also collaborating with local artists and businesses to showcase their work to a wider audience.

We are asking for your support to help realise this project, whether that is through a donation or sharing our campaign with others. Everyone who donates will receive an acknowledgement in the credits of the film. Please help us to give Mathilde a voice.

The donations will be used to help create the magical story world: props (crystal balls, and, of course, the infamous mirror), costumes (velvet cloaks and veils), locations (magical buildings and forests), cast and crew (transport costs and, most importantly, food) as well as post production (to help create the magic that we can’t on set).

If you support the campaign, we will provide regular updates on the progress of the film and keep you informed along the way.

The film will be shown in a Sydney cinema in December as part of The Sydney Film School Festival before hopefully being sent to festivals worldwide.

As a wise man once said, ‘those who don’t believe in magic will never find it.’ (Roald Dahl)

Help us find(/fund…) the magic! 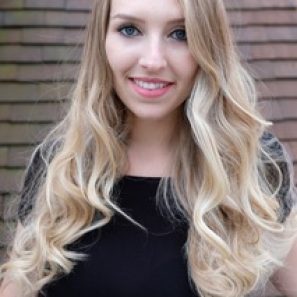 Leila is a British director, currently based in Sydney whilst she completes her diploma in Screen and Media at Sydney Film School. After finishing her Physics and Economics degree in the UK, she made her way from London to Sydney without flying and, inspired by what she experienced, wanted to learn how to tell stories in a universal way.

Since moving to Sydney, she has been involved in a number of short films. Notably, Sunrise & Sunset, which was her directorial debut. She chose this script for it’s strong female lead, visual strength and ambitious storyline all of which are qualities she looks for when choosing projects.

Madame B, a casting update!

Madame B will be played by the incredible Vivienne Powell who has a wealth of experience and notable credits which can be viewed below.