The broadcast quality documentary we are making is about Crystal Clyne who is Lady Lash MC, a Hip Hop jazz performer, of Greek and Aboriginal descent living in Melbourne. Crystal is from the Kokatha clan (covering the far West coast of South Australia, Ceduna). The story follows Crystal reflecting on her career and past, too where she is now, following her journey back to country and her musical inspiration from this journey. We have been invited by Crystals Nana and Senior Kokatha Elder to film Crystal learning traditional Kokatha women’s business. The crew is made up of Director and Producer Rochelle Humphrey, Co-producer Crystal Clyne, Director of Photography, Hugh Turral and sound recordist Glen Forster. We are a small crew and double up on jobs. We need your help to cover the costs of travel, accommodation and logistics –and we will do the work! The team departs on April 15th return 22nd April.

This project is important because positive Aboriginal Women’s stories are rarely on TV. This story is driven by women. Crystal is a creative in the project (co-producer) and cultural consultant. ‘Lady Lash’ celebrates Crystal for her musical talents but also Kokatha Country, its vast landscape of stories, traditions and women’s culture. Join us in Crystals inner search to connect to her culture and make music to heal and dissolve the ghosts of trauma. Crystal is a strong and determine woman who is ready to learn culture, to pass on traditional knowledge to her children. Is this your story too? ….‘Wed like to invite you on this journey to inspire all who are here in this present moment. And for those who are living in two worlds (white and Blak fella culture) to be reminded about time needed for self- healing, to learn your history and trust the process of now. “I use my music in hope to ignite a passion in some form that drives you to be your true self.” Thanks, Crystal

The donations will be used to pay for travel: 2 flights Melb to Ceduna Return (Crystal and Rocky- for the mum’s to return back to their kids☺). Fuel money for Hugh and Glen to drive the van carrying the gear to Ceduna. 4 wheel drive hire plus fuel -250km. Accommodation in Ceduna. Drone hire for aerial footage of the desert. Other costs inc. food, coffee (for wary film crew), water, jerry cans, fire extinguisher and first aid kit. And of course, we will sleep under the stars on country! The end result will be footage for the doco’s next stage to build a good case for funding post-production! We will keep you updated on Facebook/email/website- it’s up to you! An acquittal of donations will be on the website. Logistics: Crew have working with children check.Cultural permission from Elder Aunty Sue Coleman – Haseldine. If you are a business/org and want to know more: director@geneticcircusproductions.com 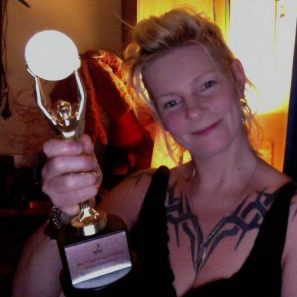 Rochelle (Rocky) Humphrey is the director of Genetic Circus Productions, she has been involved in the creative industries for over 17 years, producing film, video installations, puppetry and sculpture. All of her work has a thread of social/political change. She made and translated a series of documentaries in conflict conditions in Timor Leste during 2006 Crisis, screened on channel 31. She directed and produced, ‘Urban Dreaming’, broadcast on SBS (NITV) which won best female director (Canadian Diversity Film Festival) and several other documentary awards in Berlin and Auckland. Rocky has worked with the Wurundjeri Tribal Council on filming cultural business for the Councils Cultural archive. She is directing and producing a documentary with Wurundjeri Women, titled Wurundjeri Baggarrook (in pre production). Rochelle is excited to have the opportunity to work together with Crystal Clyne and make a broadcast quality doco of essence about a very talented Kokatha woman, Lady Lash – with a predominately female creative team.
Rocky is on the board of Women in Film and TV, organisng events to benefit women working in the industry. She is the founder and director of Anarco Film Festival.

Outside the Box Design Studio

Sound in the head studios 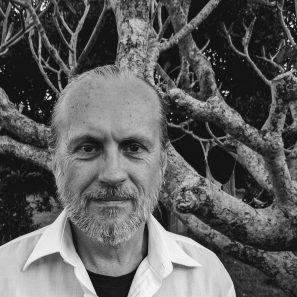 Medicine for the people

We would like to congratulate Hugh Turral for Cinematography on Restoration (Stu Willis) a Sci-Fi series who won best series at OZFLIX! The fantastic Hugh is cinematographer for Lady Lash

AMAZING !!!! We have hit 50% of our target to cover expenses to film Lady Lash on country thank you everyone so much for your support!!! We are grateful, you have made this important filming possible!

Wow we now have enough for flights to Ceduna and Petrol cost one way for the crew van !!!!! thank you

'Before the Clearing' publication

Support our project to publish a book examining the legacy of Ludwig Leichhardt across Arnhem Land and the gulf region.