One Punch is a feature film project designed to bypass the expensive filmmaking process and use innovative and creative ways to bring this contemporary story to screen. The story is being created with a group of actors using an improvisation method called “The Mike Leigh Process”. The actors and director create a character, and then engage in improvisations to create backstory, history and scenes for the lives of the characters. The director starts with an idea and develops the story through this process. The production process will involve a micro crew using hand held mobile devices such as iPhones to film the scenes, allowing for the characters and their interactions to take center stage. Distribution will be online with select invitational screenings.

It seems we can’t go a week without another media story on a King Hit incident. We want to show the elements and behavior that contribute to this problem. No young man sets out to injure another when he leaves home to have a night on the town, but the toxic masculine behaviors of alcohol and drug abuse, peer pressure, bullying and violence are getting worse. We want to get this project in front of as many young men as we can, to share the decision making process that leads to these incidents. We are also excited to explore the process of creative expression through using the Mike Leigh improvisational process, and the innovative production methodologies of smart phone filmmkaing.

Donations will be used to pay cast and crew for their time and for the costs of the production and post production. Grants will also be used for marketing and distribution of this project in the online space, a significant part of the budget and vital for reaching our audience. 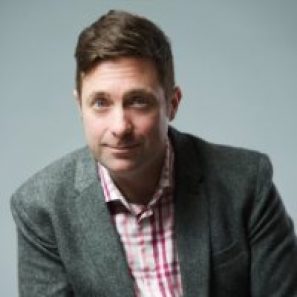 Darcy Yuille is an independent Filmmaker and has a career that spans 20 years in multiple roles in the industry.

His short films “Car Park” and “Blue Poles” have screened at international festivals and sold to multiple channels. He has a clear focus on telling stories with strong female protagonists, multi-cultural characters and stories that promote gender and racial equality.

Catch You Next Tuesday

At the SPA Screen Forever Conference this week pitching, getting some traction. More cast announcements this week at our facebook page https://www.facebook.com/onepunchfilm/

At the SPA Screen Forever Conference this week pitching, getting some traction. More cast announcements this week at our facebook page https://www.facebook.com/onepunchfilm/

Back in the rehearsal room

Back into rehearsals this week, many of the cast have now met, and it’s time to start working on some scenes from the film. It’s been amazing to see how two characters conversing can affect the script

Our facebook page is up and posting, check out our regular updates here https://www.facebook.com/onepunchfilm/

Armature is a story about loss, dealing with grief and the inability of Australian men to connect or seek help.