Kairos has been a largely self-funded film, a passion project driven by a group of like-minded artists and practitioners who are committed to telling an important story in the Australian cinema landscape. Half of the project has been filmed. We are now looking for your help to get us over the finish line!

We began this project with private investment to ensure we could maintain the integrity of our original story and vision.

Kairos is neither a boxing picture nor a rags-to-riches underdog story. Instead, this film flips the conventions of the genre on its head and digs deeper to take us on an odyssey that explores themes like identity, ego and the search for meaning in one’s life.

Our lead actor, Christopher Bunton, has Down syndrome. He plays the character of Danny, and through his point of view, we hope to break down some barriers and give a broad audience a fresh perspective of a familiar genre.

If journeying outside your comfort zone is something you are interested in, join us as we create the unique experience of Kairos, a thrilling and thought-provoking drama.

The funds will be used to ensure we can complete the production and cover initial post-production costs and marketing.

Funds will be primarily distributed to:

Be sure to check out the trailer in our gallery to get a sense of the tone and vision of our film. 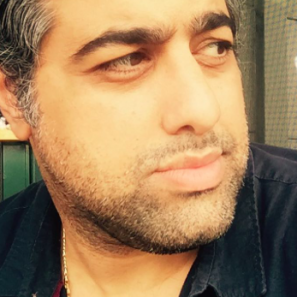 Paul Barakat has had almost two decades of experience working across many facets of the film and television industry in Australia, and has spent recent years in the film education sector, formerly serving as the Head of Teaching at the International Film School Sydney (now AFTT).

He has directed numerous short films, including ‘Fragments’, his award-winning debut. His most recent work is the dystopian short, ‘Gish’, part of a multi-platform project he created for the International Screen Academy. As part of the project, Paul created a comic book, collaborating with Marvel artist Marcelo Baez.

Paul is also an accomplished actor, having appeared in numerous local and international screen productions, including ‘Love My Way’, ‘Farscape’ and ‘East West 101’.

‘Kairos’ is his feature film debut.